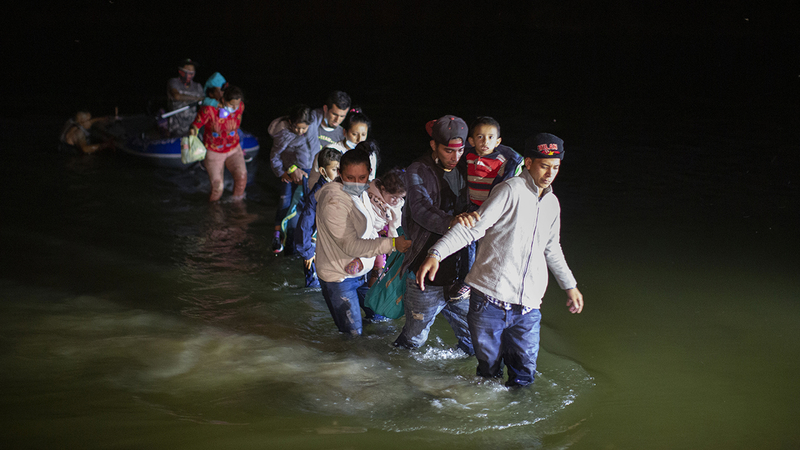 EAGLE PASS, Texas -- A 9-year-old migrant girl has died after an attempt to cross the U.S.-Mexico border at the Rio Grande, according to a U.S. Customs and Border Protection statement.

The girl, her 3-year-old brother and her mother were found unresponsive on an island in the river near Eagle Pass, Texas, on March 20.

Bystanders flagged down border patrol agents, who responded and were able to revive the boy and the mother, a Guatemalan national. The girl, however, did not regain consciousness and was later pronounced deceased.

Authorities did not release the girl's name.

"We extend our deepest condolences to the family and friends of this small child," Del Rio Sector Chief Patrol Agent Austin Skero said in a statement. "During these hard times our agents remain resilient, and I am extremely proud of their efforts to preserve human life."

In 2021 alone, Del Rio Sector Border Patrol agents have rescued over 500 migrants attempting to enter the country illegally, according to the statement.

Immigration authorities at the southern border over the past 30 days have stopped an average of 5,000 unauthorized immigrants per day, about half of whom are family members and unaccompanied minors, a senior Border Patrol official told ABC News.

"I fully expect numbers to continue to increase as we head into the summer months," the official said.