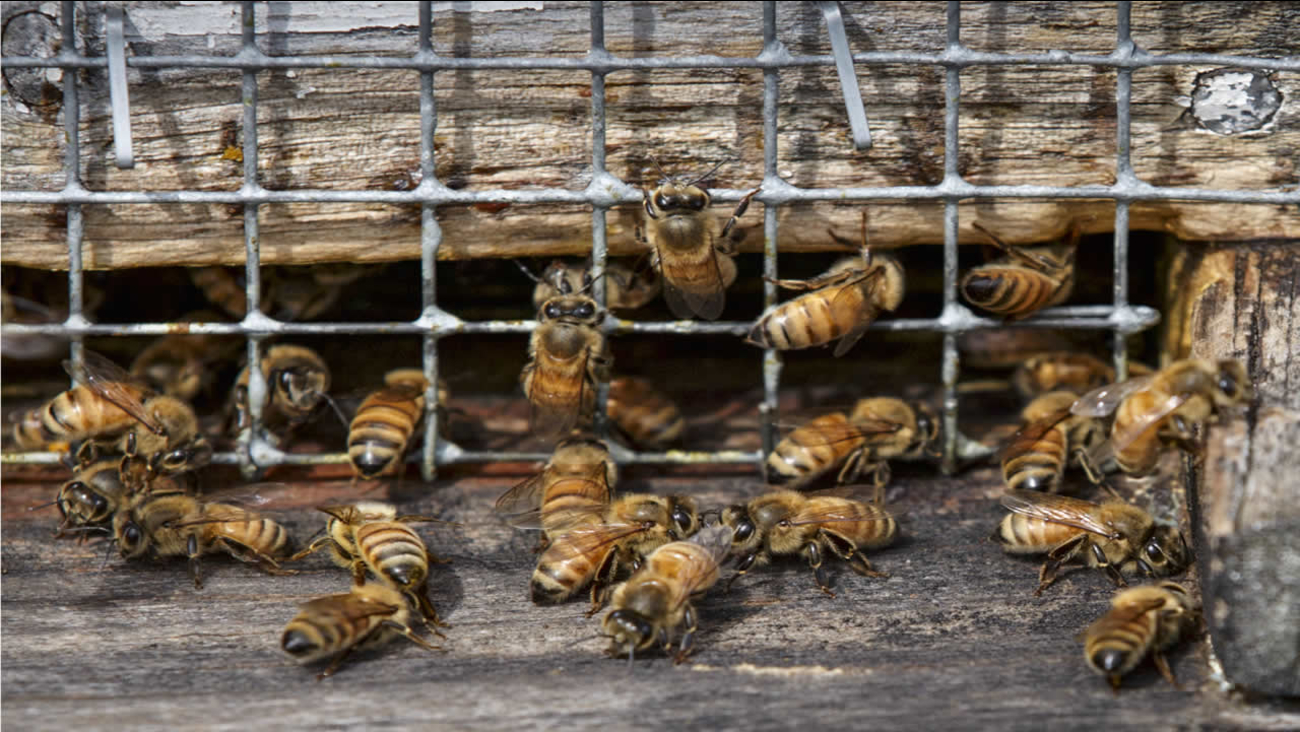 Honeybees work in a hive located in an apple grove at Hartland Orchard, a family farm near the the Blue Ridge Mountains in Markham, Va., Sunday, Sept. 14, 2014. (AP)