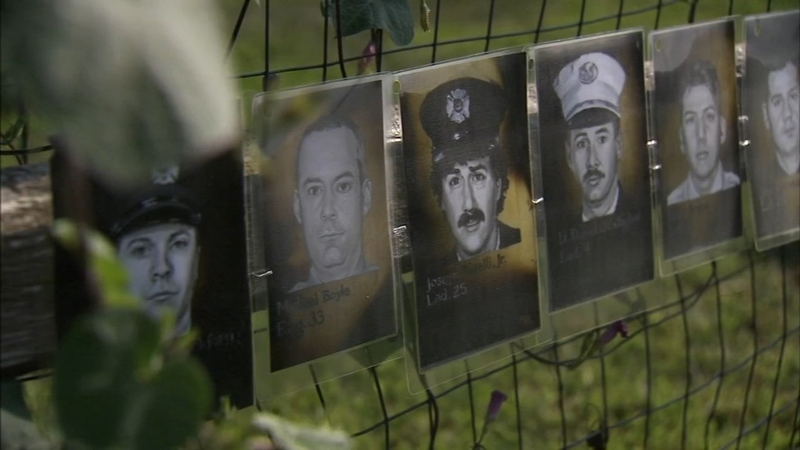 YARDLEY, Pennsylvania (WPVI) -- As day turned to night, a community came together to remember the 18 Bucks County victims who died on September 11, 2001.

Among the crowd at the Garden of Reflection in Yardley, family members mourn the loss of their loved ones.

"While it was extremely hard not having him there that day, while our family celebrated such a joyous occasion, so much of Josh was in that room," said Jennifer Reiss.

Reiss lost her brother, Josh, in one of the World Trade Center towers. Wednesday, she shared a story about his absence on her wedding day about how she found a way to honor him instead of solely missing him.

"Knowing that their presence is still with us even though not physically can lift us up and make us feel whole again" she added.

"We had no idea what we were in for," recalled Taggart.

He was among a handful of CSI's that documented ground zero.

"I wish I would have shot more people, more of the firemen," he said as looked at photos he took that day.

On Wednesday, as he has been for the last 15 years, he honored the first responders that made the ultimate sacrifice with a memorial outside his home.

A tribute he says was once meant for him now belongs to anyone wishing to pay their respects.