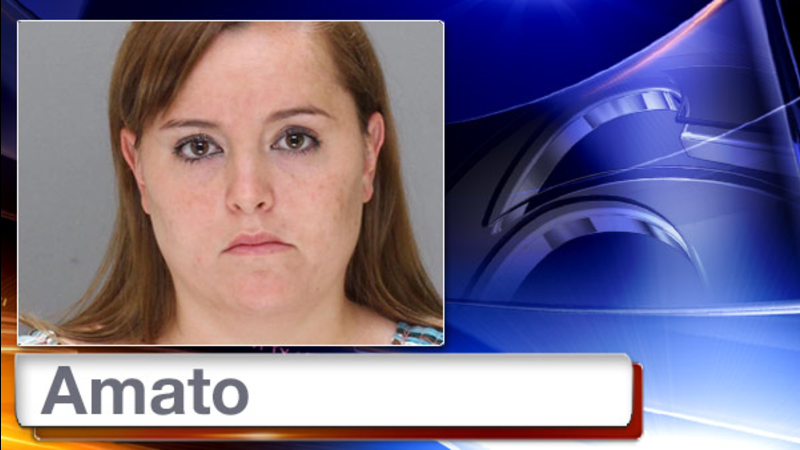 PHILADELPHIA (WPVI) -- The Philadelphia District Attorney's office has charged a special education teacher with having sex with a 14-year-old student.

The DA's office says Amato had sex with the teen, who is one of her students, at her home and in her car on multiple occasions between March and April.

PHOTOS: Special ed teacher sex charges
The DA's office says Stephanie Amato had sex with one of her students at her home and in her car on multiple occasions between March and April.

Authorities say the sex was consensual but illegal because the student is a minor.

The child's father, who we are not identifying, spoke exclusively to Action News.

"I was very upset. She took my kid's youth and I really want justice to take care of this woman," he said.

A police source told Action News there were 'at least 10' sexual encounters between Amato and the victim.

"He's not doing too well, he doesn't want to go to school. He feels humiliated, since that happened he changed," said the child's father.

Police executed a search warrant at Amato's home and sources say investigators have cell phone records between her and the child.

The two were allegedly sending explicit text messages and Amato told him not to tell.

"I just feel like it's a horrible thing to do to a child and she needs to be locked away for a long time," said Shakira Bennett, Ethan Allen School parent.

Sources say even though Amato knew she had to turn herself in to police Wednesday, she posted pictures on Facebook of herself hanging out with her students on Tuesday night.

"You shouldn't be communicating with young students outside of school, not during school hours when it doesn't pertain to what your teaching," said Michael Heller, Ethan Allen School alumnus.

The Philadelphia School District notified parents by letter of the arrest:

"The School District of Philadelphia was informed this morning by the Philadelphia Police Department that Stephanie M. Amato, a special education teacher at Ethan Allen Elementary School, was arrested for allegations of sexual contact with a minor.

The arrest did not occur at or near our school.

Ms. Amato was relocated to a School District administrative office at the time the allegation was initially made.

The School District and our school are working closely with the Philadelphia Police Department's Special Victims Unit to ensure that a thorough investigation is conducted."

Amato was taken out of the school in April when the allegation came to light.

"All I want to know is why they took so long to do justice, they took a whole month for her to be arrested," said the child's father.

She is charged with Involuntary Deviate Sexual Intercourse, Statutory Sexual Assault, Unlawful Contact with a Minor, Interference with Custody of Children, Endangering the Welfare of a Child, Corruption of a Minor, Indecent Assault, and Indecent Exposure.