Philly police recruit 'Saved by the Bell' kids for PSA 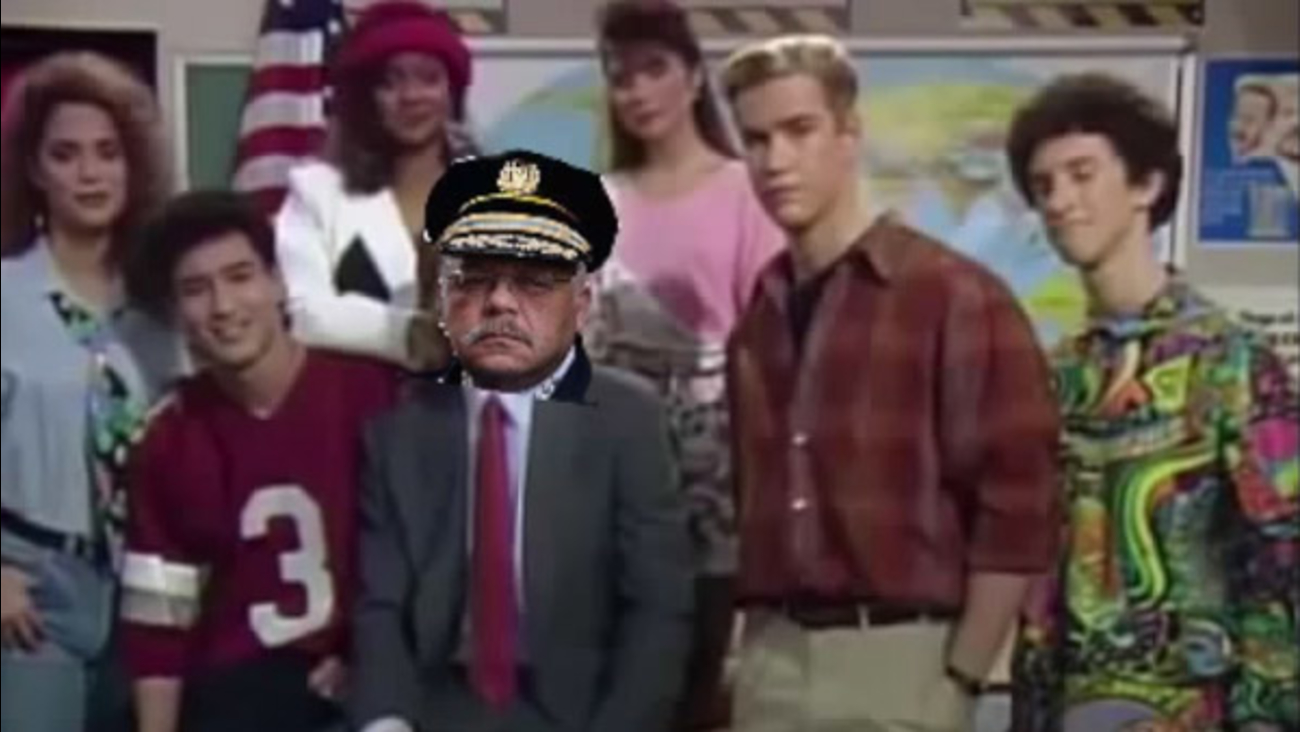 PHILADELPHIA (WPVI) -- The Philadelphia Police Department has taken an interesting route to make sure everyone knows to say no to drugs.

Yes, we are talking about the characters from the hit 1990s show 'Saved By the Bell.'

The video is the same PSA that was originally shown during the 1991 episode 'No Hope with Dope.'

However, this version takes a turn when then-NBC exec Brandon Tartikoff steps in to speak with the kids.

In Philly PD's video, Tartikoff's face is replaced with Police Commissioner Charles Ramsey's. A dubbed-in voice makes sure there's no mistaking who we are looking at.

While the video may be humorous, the message is clear - there's no hope with dope!

And this is not the first time the Philadelphia police has recycled previously aired footage for their own means.

Back in April, the police uploaded a recruitment video that was very similar to an old Sizzler restaurant commercial.

It all appears to be the work of Sergeant Eric Gripp, self-professed "baron of social and digital media, poet laureate."

His 'Saved By the Bell' PSA has already caught the attention of the Daily Mail, Ad Week, and the New York Daily News.

"It's great that its being talked about and that it's drawing a lot of people towards our sites where there is a lot of valuable information. It's also great to have a boss like [Commissioner Ramsey] who 'gets it' and can see the value in something so seemingly absurd!" Gripp told Action News over Twitter.