Biden says he's unsure he can commit fully to be president 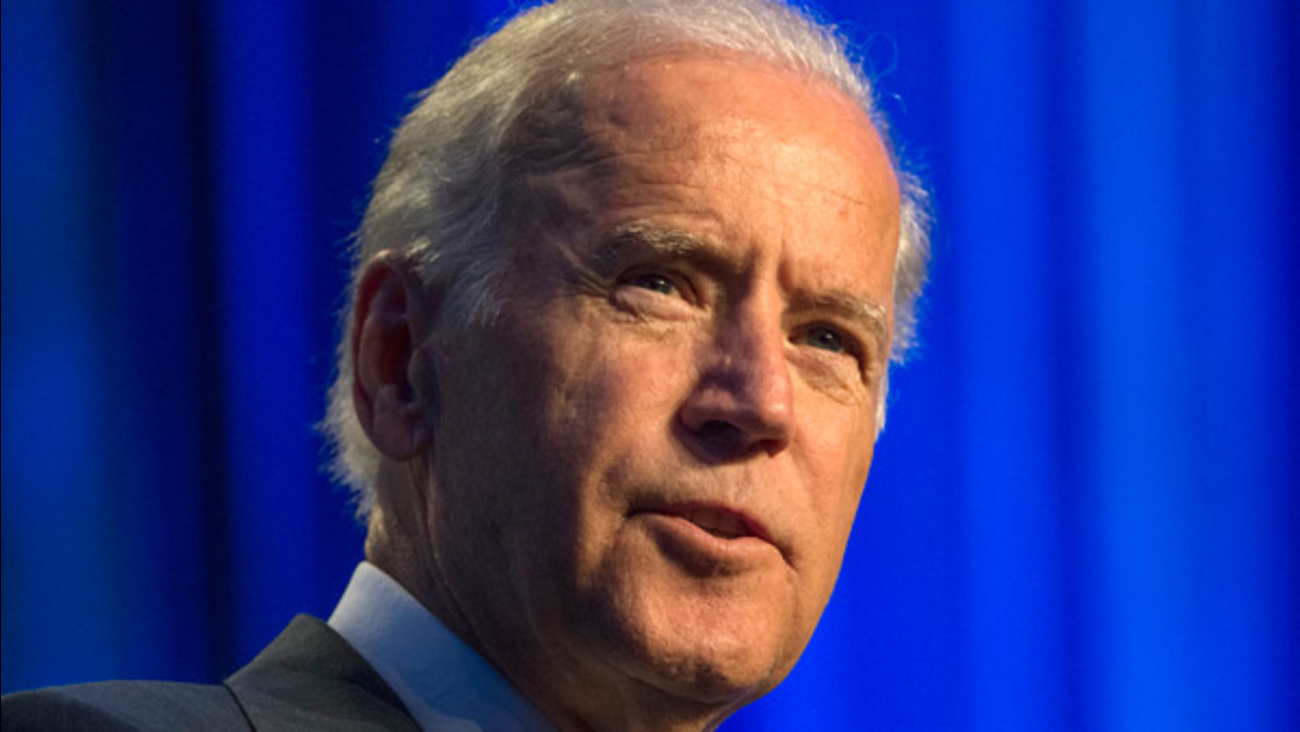 Vice President Joe Biden described himself Thursday as overwhelmed at times by his son's death and unconvinced he could commit fully to being president, in an emotional interview that cast a deep pall over his deliberations about the 2016 presidential race.

Asked about his 2016 decision on "The Late Show," Biden said he'd be lying if he said he knew he was prepared to run following Beau Biden's death in May to brain cancer. With a level of candor seen rarely in politics, he recalled a breakdown of his emotions during a recent visit to a Colorado military base when a well-wisher yelled out the name of his son and referenced his decorated military service in Iraq.

Biden's much-anticipated appearance on "The Late Show with Stephen Colbert" was expected to take on a light and comedic tone, but instead veered almost immediately into raw and personal territory. He said White House hopefuls must be able to promise voters they can commit their whole heart, soul, energy and passion, and said, "I'd be lying if I said that I knew I was there."

"Nobody has a right, in my view, to seek that office unless they're willing to give it 110 percent of who they are. And I am, as I said, I'm optimistic, I'm positive about where we're going," Biden told Colbert. "But I find myself - you understand it - sometimes it just overwhelms you."

Biden had previously expressed doubts about whether he and his family have the emotional energy to run. Still, his blunt description of his own emotional frailty on Thursday marked the strongest indication yet that he may be leaning against running for the Democratic nomination.

Since his son's death, Biden has frequent peppered his speeches with references to Beau and the impressive resume he developed in his 46 years. Biden went further in the interview, describing in detail conversations he had with Beau in the months before his death at a military hospital.

"He said, 'Dad, sit down, I want to talk to you.' He said, 'Dad, I know how much you love me,'" Biden recalled. "Promise me you'll be aright, because no matter what happens, I'm going to be all right."

If Biden seemed unusually willing to bare his soul, it may have been due to his host. Colbert, the longtime Comedy Central star who this week took over David Letterman's former role, lost his father and two brothers in a plane crash as a child. Biden invoked Colbert's losses to make a point about how "there are so many other people going thru this."

"I feel self-conscious talking about it," Biden said, looking down solemnly and occasionally wringing his hands.

Decades ago, at the start of his political career, Biden lost his wife and infant daughter in a car crash that also injured Beau and his other son, Hunter. Asked by Colbert how he perseveres, Biden cited his Catholic faith and his determination to simply keep moving.

For his part, Colbert was unabashed in his support for a Biden campaign, praising him effusively for showing Americans "the real Joe Biden" and adding, "I think we'd all be very happy if you did run." Biden attributed his current star status in the Democratic Party to the fact that he never felt compelled to modulate what he says.

"If you can't state why you want the job, then there's a lot more lucrative opportunities other places," he said.

The vice president once set an end-of-summer deadline to decide whether to run, but that outlook was reshuffled after his son, the former Delaware attorney general, died. In early August, Biden let it be known that he was actively considering a run. More recently, Biden's aides have said any announcement would likely slip into late September or early October, or possibly even later.

The intense interest stirred up by the prospect of Biden running campaign has essentially frozen the Democratic primary campaign, as Hillary Rodham Clinton and the other candidates wait to see whether they'll face another formidable contender. Recent national polls have suggested Biden could be competitive against the Republican candidates, and that he's more popular within his own party than Clinton in key primary states.

Funny or not, the late-night appearance put Biden on the same stage to which 2016 presidential candidates have been flocking. Since Colbert debuted as the show's host this week, he's already snagged an interview with GOP contender Jeb Bush and booked appearances with candidates Donald Trump and Ted Cruz for later this month. Hillary Rodham Clinton, Biden's more immediate opponent if he were to run, will try out her comedy chops next week with a visit to NBC's "The Tonight Show Starring Jimmy Fallon."

One moment of levity did emerge, early in the show, when Biden's microphone malfunctioned, forcing Colbert to pause the show while stagehands wired up Biden with a new one.

Quipped Biden: "By the way, they do this to me at the White House all the time: shut my mic off."