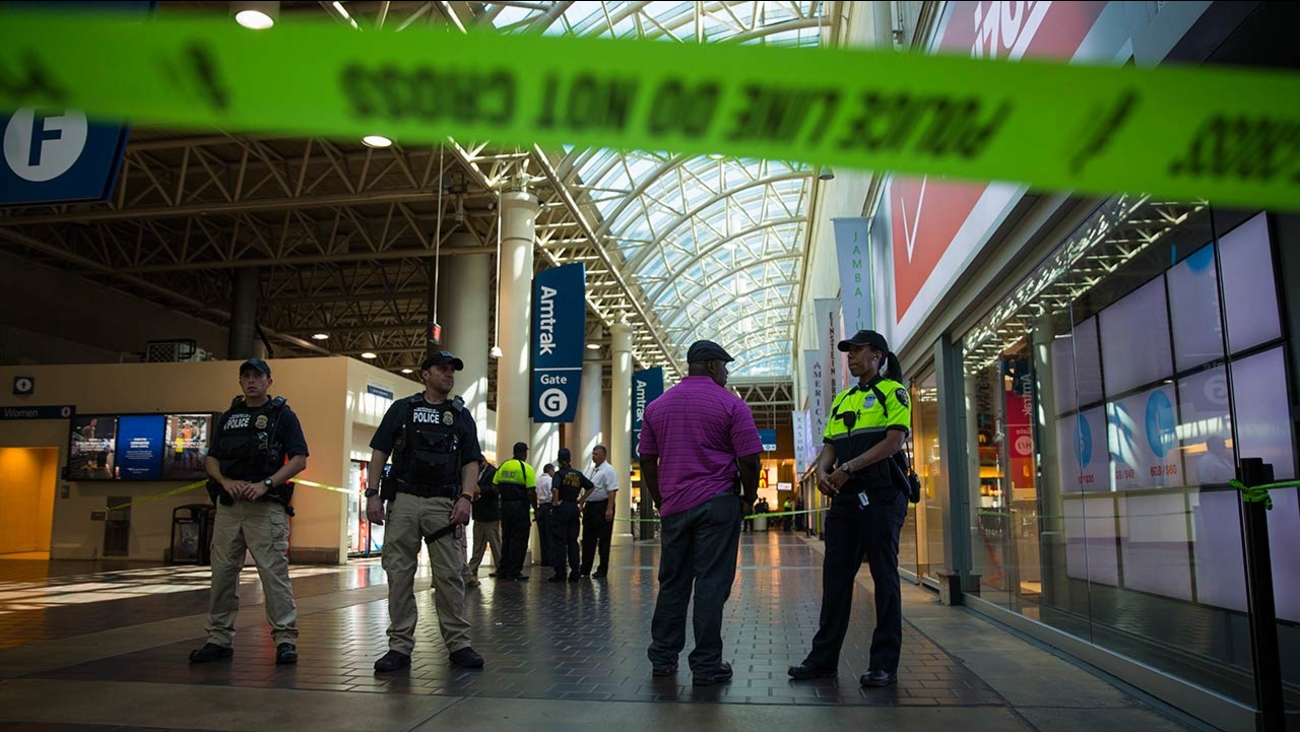 WASHINGTON -- A man stabbed a woman and then was shot by a security guard at Washington's massive Union Station on the 14th anniversary of 9/11, officials said, but they suspect no connection to the terrorist attacks.

"Obviously, with this being 9/11, fears were heightened and escalated. Several individuals fled from the scene," D.C. police Commander Jeff Brown told reporters Friday afternoon at the station. "We secured the facility without any incidents."

The station was briefly shut down and evacuated but has reopened and trains are running normally, said Polly Hanson of Amtrak, which is based at the busy transit hub.

The security officer - a private security guard associated with the Securities and Exchange Commission, across the street from Union Station - saw the man stabbing the woman and chased him, police spokesman Gwendolyn Crump said. The man turned and pointed the knife at the security guard, lunging at him, according to police. The guard fired one shot, and the man was wounded in the side, police said.

Both the man and the woman were taken to hospitals with injuries that were not believed to be life-threatening, police said.

The stabbing was believed to be the product of a domestic dispute, Crump said.

Union Station is a massive transit hub and home to Amtrak's headquarters. The station is bigger than the nearby U.S. Capitol and serves as the southern terminus for passenger rail traffic in the northeast. It includes dozens of retails shops and restaurants, which typically draw thousands of midday diners.

Some 90,000 people pass through Union Station each day, according to Amtrak.

Flags on the towering poles outside the station's main entrance were flying at half-staff Friday in remembrance of the terrorist attacks on Sept. 11, 2001.