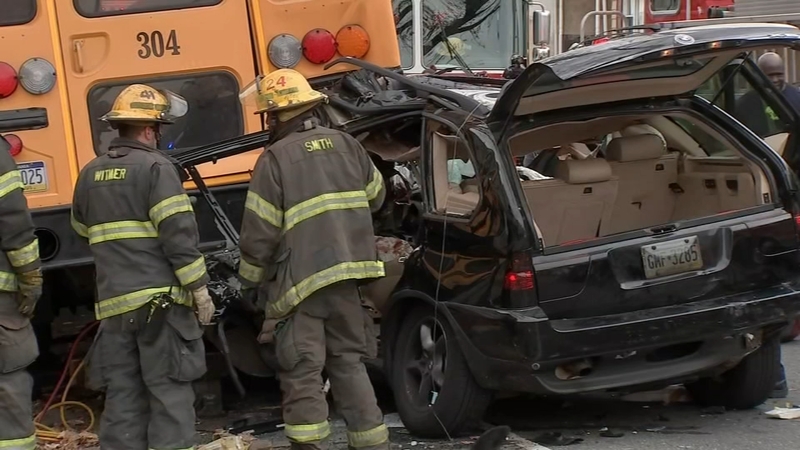 PHILADELPHIA (WPVI) -- A teenager was critically injured in a serious collision involving a school bus and two vehicles in West Philadelphia.

It happened around 11:05 a.m. Tuesday in the area of 59th and Chestnut streets.

Authorities said an 18-year-old man was driving a black Scion and swerved into the left lane, hitting a black 2003 BMW. The BMW, driven by a 19-year-old woman, hit the unoccupied school bus that was parked.

Rescue crews were able to pull the 19-year-old from underneath the school bus.

Chopper 6 was over the scene as she was placed on a stretcher. She was then taken to Penn Presbyterian Medical Center where she was listed in critical condition.