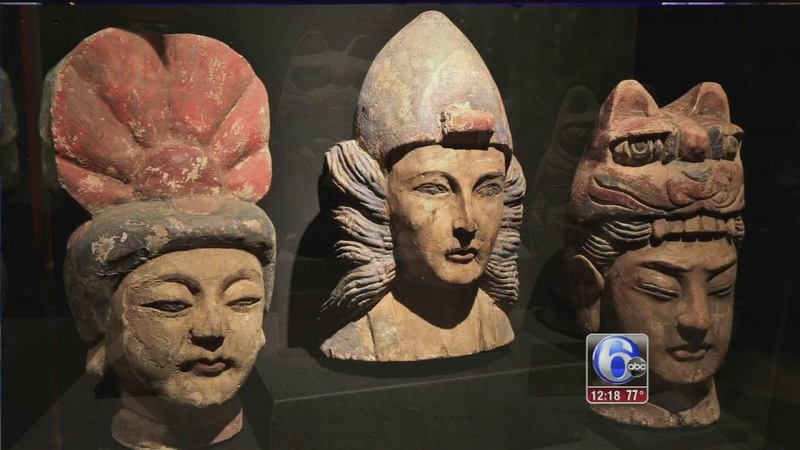 
A new exhibit at The Franklin Institute takes visitors back to the ancient land of Mongolia. GENGHIS KHAN: BRING THE LEGEND TO LIFE does just that, painting a vivid picture of an ancient land and sharing little known facts about its infamous conqueror.

In the 13th century, Mongolia was huge, spanning 11 million miles across Asia and Eastern Europe. And while history portrays Genghis Kahn as a barbarian, the exhibit's creator is out to show he was also a sophisticated statesman.

"We wouldn't have so many features of Western life if it wasn't for what he imported from the East," says Dom Lessem, the exhibit's creator. Things like the violin, pants, lemons, paper, money and passports, though quite different than the travel documents we use today says Lessem. "He would have all kinds of secret messengers. Sometimes he would shave their heads, write the message on their heads, let the hair grow back, send them off, get to the destination, shave the head and read the message."

Lessem found one very rare passport that is written in a secret language. "There's only one guy in the Western World who could translate it, basically says "I am the emissary of the Khan, if you defy me you die."

It took Lessem 8 years to amass the collectibles that show how Khan built his vast empire in 25 short years with innovations like the whistling arrow. "They'd shoot it over the enemy so before the enemy could even reach with their little bows they hear this whistle and they think "Oh my god these guys can kill me in a minute" and they put down their arms and run away right then."

The exhibit also explores the Mongol's nomadic lifestyle. The so-called yurts they lived in are still used by Mongolian nomads today. "You can see with an accordion like a baby gate it folds up in a few hours a few nomads can relocate somewhere else they want to bring their herd," Lessem admires.

With more than 200 weapons, jewels, documents and monuments, the exhibit brings a vanished world back to life. "So that's what we try to do - tell his life, the society of Mongolia, and illustrate it with these splendid things."

GENGHIS KHAN: BRING THE LEGEND TO LIFE is on exhibit at the Franklin Institute through January 3rd. For tickets, go to www.FI.edu or you can visit www.6abc.com/lovesthearts to learn about other area events.
.