Texas inmate locked for weeks in cell filled with bugs, trash and feces 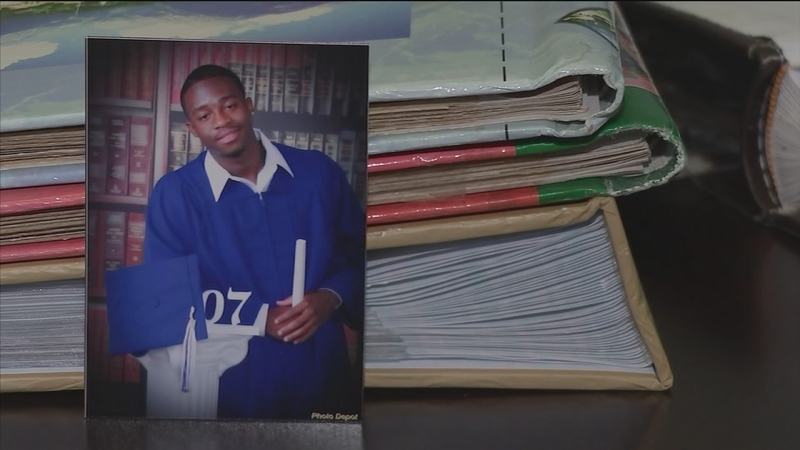 HOUSTON, Tex. -- A Texas inmate, jailed on a marijuana charge while on probation and in need of mental health care, was left in his cell for weeks without being let out, living amid heaps of trash, swarms of bugs, and piles of his own feces, an investigation by KTRK-TV/ABC-13 has found.

When inspectors with a jail compliance team entered the cell of inmate Terry Goodwin in October 10, he was wearing a filthy, shredded jail uniform in the fetid cell, sources said. Shards of his orange uniform were hanging from the ceiling light.

His sink, toilet and shower drain were clogged, not just with feces, but with toilet paper in an apparent attempt by Goodwin to cover his own waste and with orange rinds, perhaps in futile effort to mask the smell, according to whistleblowers.

The cell may have not been opened for as long as two months, sources said. They said a sign attached to the outside of the cell door instructed guards not to open it. Food in Styrofoam containers was pushed in by guards through a slit in the door and the refuse was never collected, sources said.

"The thought of that sickens me. It sickens me," said Mashell Lambert, the mother of the 24-year-old inmate. "What do you mean, 'Don't open the door?' I'm pissed. I'm just so pissed."

A criminal investigation was launched weeks ago by Harris County Sheriff Adrian Garcia -- nearly a year after inspectors found the inmate and just days after ABC-13 began asking questions about Goodwin.

The Texas Commission on Jail Standards, the state agency that regulates county jails, has also opened an investigation.

The state regulators on Monday conducted a surprise inspection of the Harris County Jail. Sheriff's officials said nothing was found during the inspection.

Garcia blames "a breakdown in operations," he told ABC-13 on Monday.

"It shouldn't have happened. It's shouldn't have gotten anywhere near this," said Garcia, who oversees the 4,000 employees and a jail that houses 5,000 inmates. "And that's what's gotten me aggravated and I want to get to the bottom of it."

Goodwin has been in the jail before. Court records show six cases since 2007, including burglary, minor drug cases and one assault. He hit his mother when she tried to get him to come home when he was hanging out with she described as a "not-so-pleasant crowd," years ago.

"Terry didn't want to come home," Lambert said. "I'm the type of mom who needs to know where her children are at all times. So I went looking for him."

That was his first record.

Lambert also said she believed her son had mental health issues and said her son's previous times in jail didn't appear to help.

"In our opinion as parents, his family members, his loved ones, it seemed like every time he came back from a facility, he came back worse," she said.

Garcia has long boasted about his jail's treatment for the mentally ill and often celebrates his jail's passing grades on state inspections.

While in jail this most recent time, starting March 6, 2013, Lambert visited her son three times a week.

"I just kind of watched him deteriorating," she said.

On June 5, 2013, Goodwin was charged for assaulting a guard, records show.

It was around that time Goodwin stopped visiting his mother when she came to the jail.

"They would tell me he refused the visit," she said. "I didn't believe it. Every time?"

Weeks before his discovery in the cell on September 27, 2013, Goodwin was declared incompetent to stand trial. Whistleblowers say that it's likely Goodwin was in his fetid cell while the court determined him incompetent.

Around that time, Goodwin's attorney also attempted, unsuccessfully, to get in to see her client at least four times.

Goodwin was taken to Rusk State Hospital for mental health treatment on October 30, 2013 soon after his discovery.

He stayed at Rusk until February 27 and was declared competent for trial.

In March, he was sentenced to three years in state prison for the assault on the guard.

Lambert still visits her son, weekly now, because of the long trip to his prison housing near Dallas.

Goodwin said that her son doesn't remember her attempting to see him while in the cell.

She's also tried to get out of her son what his conditions were like.

Shown the photos of the jail conditions, Lambert was overcome when she saw the torn lengths of her son's jail uniform hanging from the cell's ceiling light.

"He could have hung himself," she said.

Sheriff Garcia concedes as much.

According to interviews with whistleblowers, many officials in the jail knew about the cell and its condition, including at least three lieutenants, one captain, one major, and two chief deputies, including Chief Deputy Fred Brown, who oversees jail operations.

Garcia said Brown may have known from the time Goodwin's cell was discovered by the compliance team inspectors in October 2013.

"I'm assuming he found out.. when the organization found out, when the compliance team found this," Garcia said. "My chief deputy over detentions (Brown) should have made it extremely clear what we were contending with."

Garcia said he was not informed about the incident until ABC-13 began asking questions several weeks ago.

He said that he can provide few other details because his investigators are still interviewing witnesses to find out exactly what happened.

Garcia also declined to say if anyone in the Sheriff's Office has been disciplined or even transferred.

"This is an open investigation," Garcia said.

Garcia said he would hand the investigation over to the Harris County District Attorney's Office when it's complete.

"I'm the sheriff, I'm accountable for the organization and this is something I'm taking extremely seriously," Garcia said. "I'm angry about this and I will take the action necessary to continue to protect the people's trust."

Lambert said that she is angry, too.