Teen struck and killed in Wilmington, driver in custody 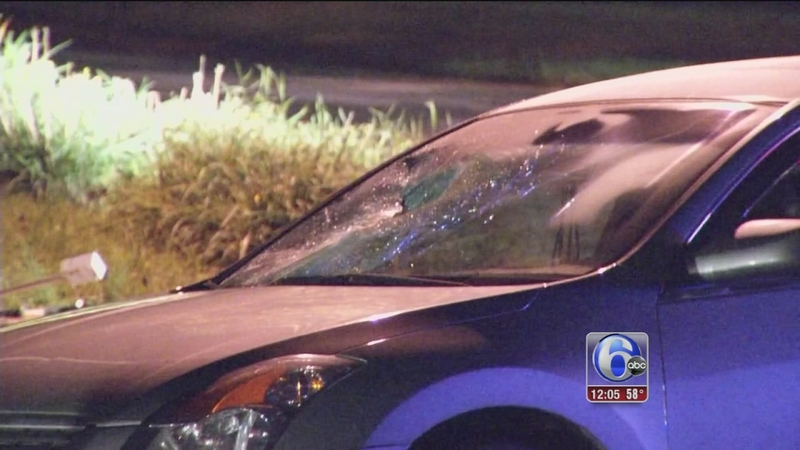 WILMINGTON, Del. (WPVI) -- A young man was killed and his friend hospitalized after both were struck by a car in Wilmington, Delaware. Police believe the driver of the striking vehicle was under the influence of alcohol at the time.

The deadly accident occurred around 1:00 a.m. Sunday at the intersection of Milltown Road and Heritage Farm Drive.

Police say 20-year-old Kevin Wiercyski of Wilmington and 19-year-old Stephen Daverio of Avondale, Pa., along were four other friends were walking northbound on the shoulder of Milltown Road towards Wiercyski's home.

That's when, authorities say, Daverio and Wiercyski were struck by a gray 2009 Nissan Altima that was traveling south being driven by 55-year-old Robert Hickson of Newark.

Police say preliminary investigation shows Hickson was under the influence of alcohol during the time of the collision. Hickson has been taken into custody and charges are pending.

Daverio and Wiercyski were transported by ambulance to Christiana Hospital.

Daverio was pronounced dead at the hospital.

Wiercyski was treated and released for minor injuries.

Anyone with information related to this incident should contact the New Castle County Police Traffic Services Unit, attention Officer First Class Hussong at (302) 395-3604, or email at WHussong@nccde.org.