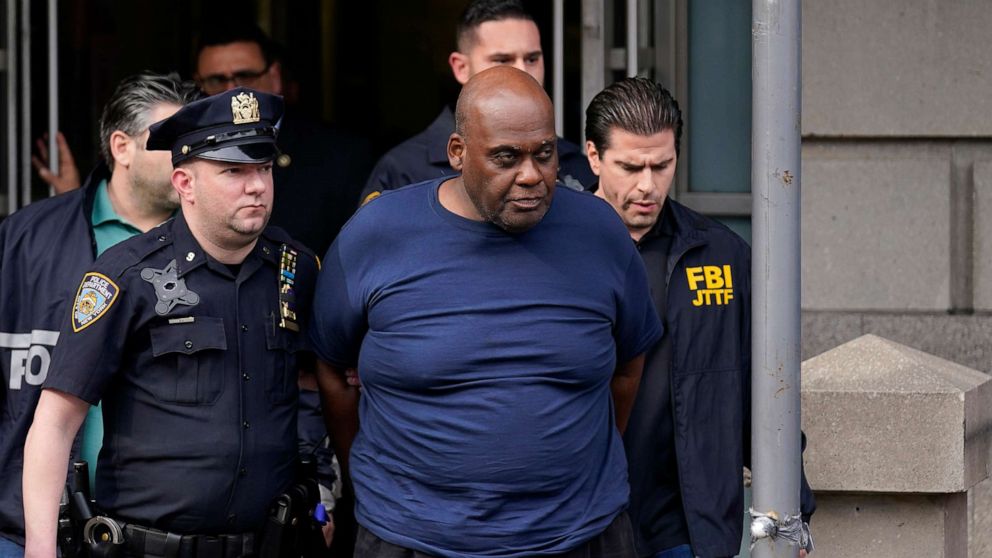 James, 62, was arraigned in federal court in Brooklyn Friday afternoon after a federal grand jury indicted him earlier this month on charges in connection with the mass shooting.

When asked by Judge William Kuntz how he was doing, James replied, "Pretty good."

Kuntz continued a detention order imposed after James' arrest but declined to issue a permanent order of detention until the next court date on July 25.

Prosecutors allege James went on an "entirely premeditated" attack during rush hour on April 12, as an N train approached the 36th Street station in the Sunset Park neighborhood.

Dozens of people were injured, including 10 by gunfire, in the shooting.

James allegedly escaped the chaotic aftermath aboard a train across the platform and eventually rode the subway into Manhattan, authorities said.

Police arrested James more than 24 hours after the incident after identifying him as a suspect in the shooting based on evidence left at the scene.

James called 911 to alert officers to his location in the East Village, police said, while bystanders recognized him and alerted nearby authorities.

After James' first court appearance on April 14, his lawyer, Mia Eisner-Grynberg, called the shooting a tragedy but said that initial information can often be wrong. She also commended James for turning himself in.

His lawyers have also charged that James was improperly searched and questioned following his arrest.

The government defended itself, saying it was authorized and within its rights in its interactions with James.

"Contrary to the defendant's hyperbole, his DNA was obtained pursuant to a judicially authorized search warrant and no violations of any of the defendant's constitutional rights occurred in the execution of the warrant," a letter from the Justice Department to the Eastern District of New York said.