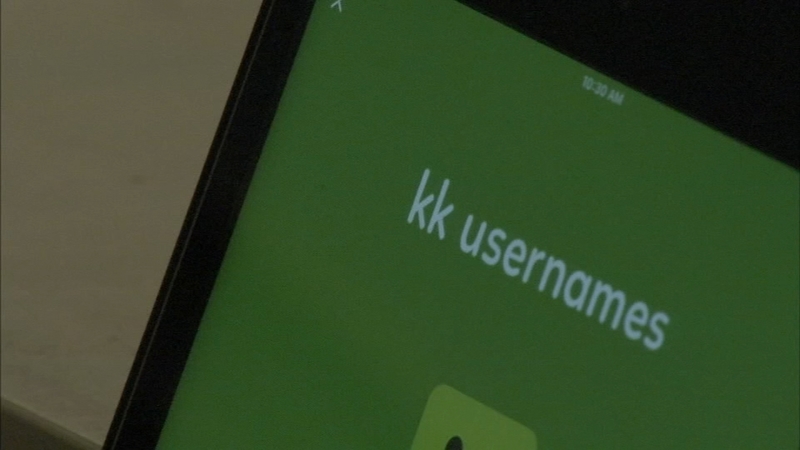 While David Dewald has been found guilty of federal charges of sexual exploitation of children, he's still awaiting trial for allegedly raping one of those victims.

The 14-year-old Delaware County girl thought she was socializing with another teen on the app Kik.

But authorities say the person on the other end of the chats was Dewald.

"This man was clearly a child predator," Copeland said.

Dewald allegedly met the victim, kidnapped her, and sexually assaulted her before dropping her off. She says his last words were that he'd kill her if she told anyone.

A relative of the victim told Action News this two years ago: "She cries herself to sleep to this day. She has PTSD. She is just a mess."

Action News does not identify victims of sexual assault.

The interview was part of an investigation where we posed as a 16-year-old girl on Kik.

Our screen name was Litteen16. Within just an hour, we were bombarded by Kik accounts that appeared to be of older men and soon we received pictures of genitals and requests for nude photos.

Sgt. Bellis helped identify the three victims in Dewald's federal conviction for exploiting the girls on the internet.

Earlier this year, the developer of Kik, Kik Interactive, reportedly said it was shutting down the app. But just last month, multimedia holding company MediaLab acquired the application and says it will invest in Kik's future.

Copeland added, "We hope with this new takeover that they will recognize that they have responsibility to the public and to our children."

Kik and its parent company have had no comment.

Dewald faces 15 years behind bars on the federal convictions. He is awaiting trial for the kidnapping and rape charges in Delaware County.