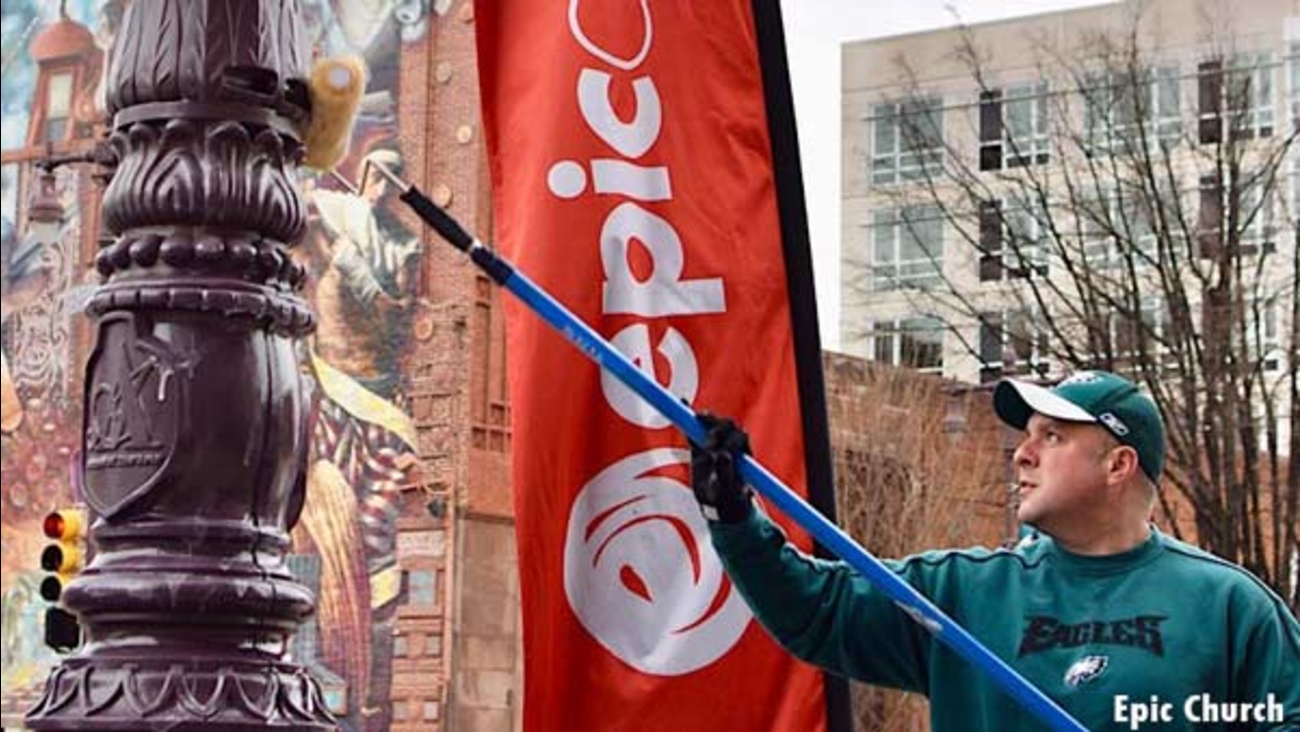 PHILADELPHIA (WPVI) -- Crisco has been replaced by hydraulic fluid this time around to prevent fans in Philadelphia from climbing street poles and signs around the city after Sunday's Super Bowl.

Philadelphia police were on the streets Sunday afternoon preparing for the crowds later in the evening by applying what they said was hydraulic fluid to street poles and signs. They used Crisco during the NFC Championship victory over the Minnesota Vikings.

The Philadelphia Eagles are playing the New England Patriots Sunday in Super Bowl LII. A massive celebration is expected throughout the city if the Eagles win the first Super Bowl in franchise history.

The crew tasked with applying a slippery substance to poles had labeled themselves the "Crisco Cops" for the NFC Championship. This time the crew that was working up and down Broad Street, where much of the postgame action is expected to unfold, some six hours before kickoff, went with "Pole Patrol."

Unlike Crisco— used two weeks ago during the #nfcchampionship game; hydraulic fluid is resistant to extreme weather conditions, including rain. Meaning these light poles greased by the so-called “Pole Patrol” are incredibly slippery, if climbed. @6abc pic.twitter.com/wf06rd5Bas

No Crisco this time. It's hydraulic fluid going up on all signs and poles to prevent fans from climbing after the game pic.twitter.com/EFR0ydZfu5

The Epic Church on Broad Street posted a photo of a member of the 'Pole Patrol' greasing what they said was the first pole of the day.

Meet the Pole Patrol: greasing up the first pole on Broad Street ahead of the game. #philly #flyeaglesfly #superbowl pic.twitter.com/dYjrts7i38

The city of Philadelphia has plans in place in an attempt to control the crowds after the game, win or lose. Police commissioner Richard Ross would not specify how many officers would be on the streets.

"A lot," he said earlier this week. "More than there were two weeks ago, and there were a lot two weeks ago. It's a significant deployment package because you have to be ready for anything."

The commissioner said earlier in the week they would not be using Crisco this time around. He would not, however, reveal the substance of choice.

The Philadelphia police are using their past experiences with the Phillies' 2008 championship, papal visit in 2015, Democratic National Convention in 2016 and the NFL Draft last year to prepare for Sunday's activities.