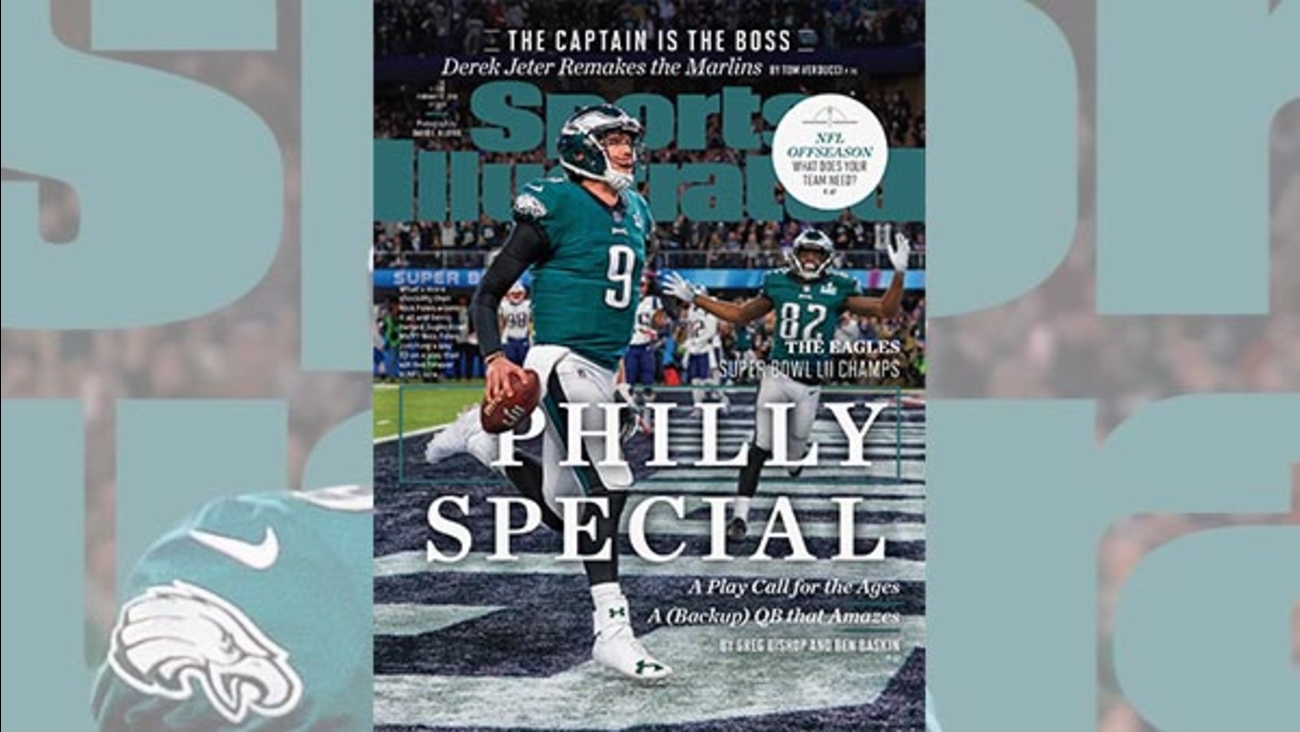 The image is of Foles running into the endzone after catching the football to score a touchdown.

It was the end of the trick play called the 'Philly Special.'

Here's how ESPN described the play: "The play called for Foles to move up to the line of scrimmage and basically act as if he's checking his phone. It calls for a direct snap to running back Corey Clement, a pitch to tight end Trey Burton and a pass from Burton to Foles -- assuming the New England Patriots had forgotten about Foles. Which they had, because who would think to cover him?"

"You never know what [Pederson is] thinking," Burton said. "Here we are. Philly's never won a Super Bowl. We're fourth-and-1 on the goal line and he calls a trick-play pass to the quarterback? Come on, man."

Sports Illustrated called it "A play call for the ages." And they describe Foles as "a (backup) QB that amazes."