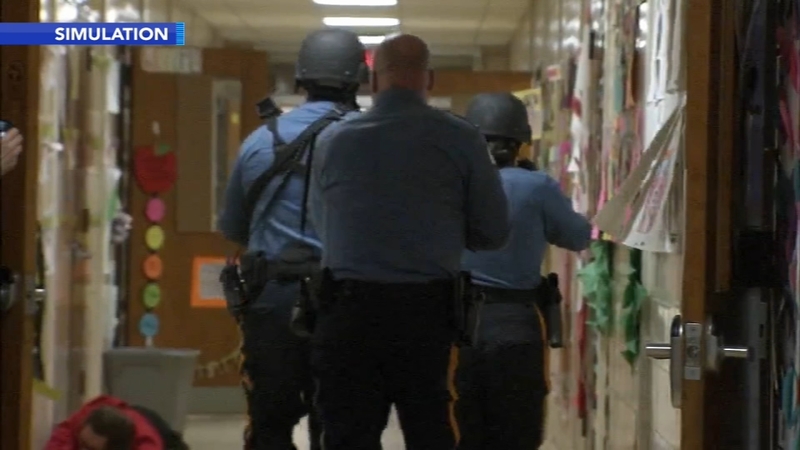 The reason for the meet up? The staging of an elaborate active shooter drill. School was not in session because of spring break.

Training officers set up a scenario that would create at least some of the distractions and disorder that might occur in an actual active shooter situation.

Officer Joe Rowson played the role of a gunman, an irate father who walked into the hallway and classroom with an AR-15 rifle. He fired blanks at high school students who had volunteered to play the role of victims.

Into that chaotic scene came several sets of officers who after checking the school for additional possible threats confronted the make believe gunman. Rowson's character was declared down and disarmed.

Emergency medical personnel were then escorted into the school to deal with those students who designated casualties.

Among those observing the training session was school nurse Carol Ann Wesh.

"When you see it as a drill, it hits you it really can happen," she said.

The theory behind such training exercises is that it will help officers be better prepared should they face a real active shooter.

Police Chief Patrick Gurcsik says such training is a priority in Washington Township.