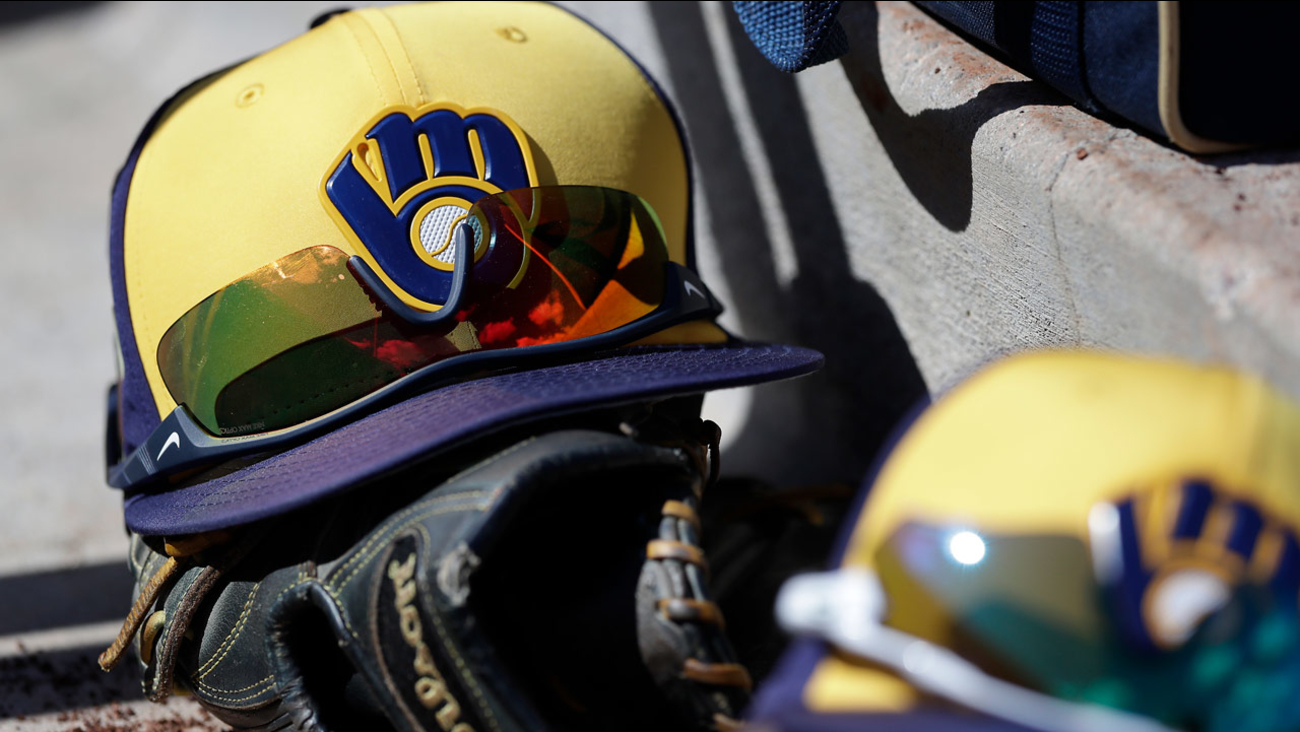 FILE: Two Milwaukee Brewers caps are seen in the dugout during the second inning of a spring training baseball game against the San Francisco Giants, Wednesday, Feb. 28, 2018. (AP Photo/Carlos Osorio)

First, Houser vomited behind the mound while warming up in the eighth inning.

He stayed in the game and faced two batters before vomiting a second time.

He again remained on the mound and faced three more hitters to finish the inning.

Puke Delay... Brewers pitcher Adrian Houser has thrown up TWICE Behind the mound vs Phillies 🤮

Houser joined the main roster after being recalled from Colorado Springs.

"I think it was a combination of traveling this morning and not having a lot of food in me. I was trying to stay hydrated in the bullpen. It's pretty hot here compared to Colorado Springs. All combined, it got me," Houser said.

"I have a lot of respect for anybody who would step behind the mound and throw up and step back on the mound and pitch," Kapler said.

The Phillies held off Milwaukee's ninth-inning rally for a 10-9 victory.