Woman left on airplane after passengers, crew get off 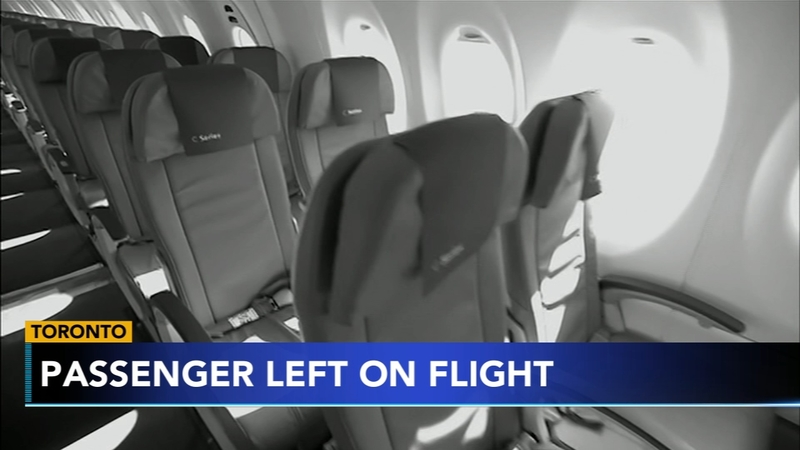 Woman left on airplane after passengers, crew get off

A passenger aboard an Air Canada flight fell asleep in the air, only to wake up on the ground to the surprise of a lifetime.

"Just a sheer sense of helplessness when you feel like you're locked on this aircraft," said Tiffany O'Brien.

O'Brien was en route from Quebec to Toronto, and was apparently so fast asleep that she never felt the plane land, or had any awareness that everyone else got off.

Making matters worse, none of the flight staff noticed her and left her there.

It was hours later that she awoke alone in the pitch black, with no way to get off the plane.

That's when she made her way into the cockpit.

"I was so scared that I was going to touch something that's wrong, but I knew I had to do something and I found a flashlight and was so happy that was like the best moment ever," O'Brien said.

O'Brien was then able to open the aircraft door, but the drop was too far.

She then texted a friend who managed to get airport security to rescue her.