2 rescued after small plane crash-lands into ocean in California 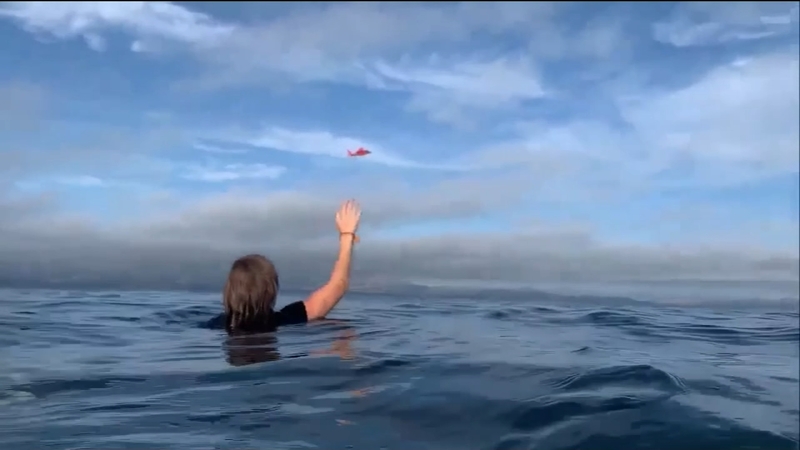 2 rescued after small plane crash-lands into ocean in California

Two people are lucky to be alive after an air-to-air photoshoot off the California coast took a terrifying turn.

One of the small planes involved in the project crash-landed into the ocean.

Thirty-four-year-old David Lesh and his friend, Kayla, were in the plane that came down five miles outside Moon Bay Harbor.

Lesh says he lost all power, and couldn't get the engine back up and running.

Fortunately, the pilot in the lead plane monitored the situation from above.

"At one point I lost them. I had been circling and I couldn't see them anymore and David called me on the phone as he was bobbing in the water and he turned me around and he guided me right to where he was," said Owen Leipelt.

David took video as he and Kayla exited the downed plane and jumped in the water.

Minutes later, the U.S. Coast Guard made contact and scooped the pair up to safety.