Officials: 2 plane tires blow out on landing in Pennsylvania 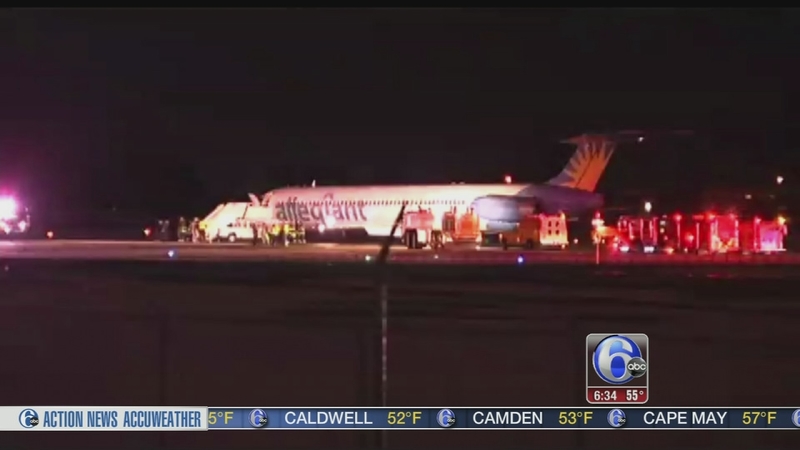 Officials: 2 plane tires blow out on landing in Allentown

ALLENTOWN, Pa. -- Airport officials say two tires under the left wing of an airplane blew out during a landing at a Pennsylvania airport.

A spokesman for the Lehigh Valley International Airport in Allentown says the plane arriving from Orlando, Florida, attempted to land Wednesday evening when the tires blew out.

Officials say the Allegiant Air jet managed to stop safely on the wet runway. None of its 158 passengers were hurt.

The airline says the plane had been scheduled to return to Orlando. That flight was suspended and officials worked to get passengers to their destination.

Airport officials say they don't believe there were warning signs before the landing.