SOCIETY HILL (WPVI) -- Philadelphia police are searching for two suspects who robbed a man with an assault rifle in the Society Hill section of Center City.

The robbery occurred back on April 10.

Police say the 52-year-old victim was pulling into the garage of his home on the 300 block of South 5th Street at 2:40 a m. after a night out at a local club.

As he got out of the car, he was approached from behind by two armed men.

One suspect pointed what appeared to be an AK-47 assault rifle at him and demanded his belongings.

The pair got away with the man's wallet and cell phone before fleeing in a white SUV.

Surveillance video shows the suspects following the victim outside of the club with their SUV.

Police describe the first suspect as a black male, 20-30 years-of-age with a medium complexion and mustache. He was wearing a brown jacket with a brown hooded sweatshirt underneath.

The second suspect is described as a black male, 20-30 years-of-age with a medium complexion, bald with a goatee. He was wearing a black jacket, tan pants, and a green/white scarf.

Anonymous tips can also be sent through www.phillypolice.com. 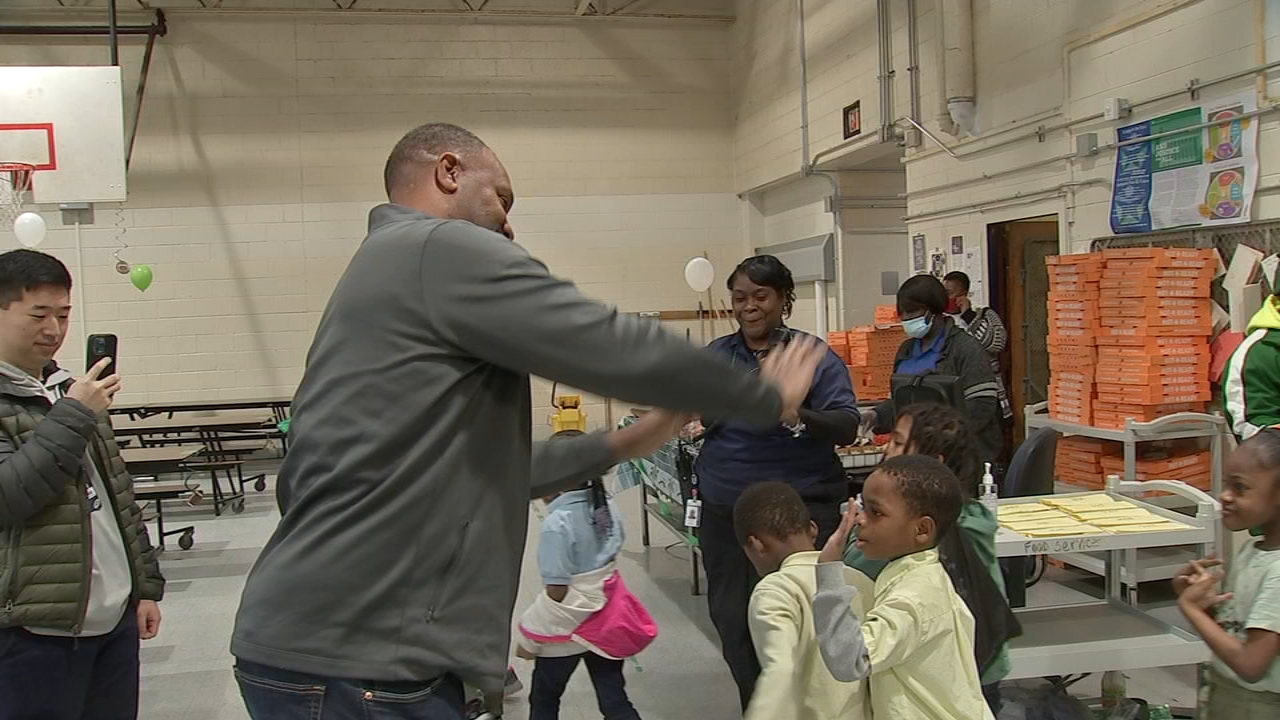