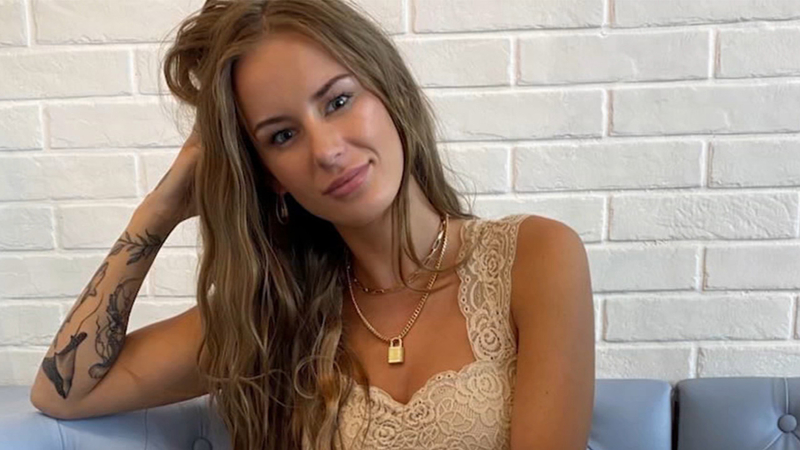 Influencer death: Where does the investigation stand?

HOUSTON -- Alexis Sharkey, a 26-year-old Pennsylvania native who moved to Houston last year and was known for her Instagram presence, was strangled, an autopsy report revealed Tuesday.

Her death has been ruled a homicide, authorities said.

Sharkey was found dead on the side of Red Haw Street on Nov. 28 in west Houston in November. Her story has since gained national attention.


READ MORE: What we know about the Houston influencer found dead

Her mother Stacey Robinault, who spoke with our sister station ABC13 in December, believes foul play was involved.

On the morning of Saturday, Nov. 28, a City of Houston public works employee driving in the 1000 block of Red Haw, saw feet in the bushes, police said.

John Richardson works as a supervisor in the City of Houston's Solid Waste Department. He said the Thanksgiving holiday pushed back service to the weekend, which is why a garbage truck driver was picking up in that area.

Richardson spoke to ABC13 about the disturbing discovery.

"(The employee) called me and said, 'Man, I think I see a body, but I'm for not sure, or a mannequin or something,'" said Richardson. "He really didn't know because he didn't stop."

Richardson told the employee to continue his pickups and that he'd go out to look for himself with a co-worker. Richardson soon discovered Sharkey's naked body.

"So we're looking and we see feet. The feet were in the road," said Richardson. "Man, I'm just devastated. I'm looking at a human being lying there dead. It kind of shook me up a bit. We can't help her. We can't bring her back."

Robinault said she learned of her daughter's disappearance through Tom Sharkey, her son-in-law.

Robinault lives in northwestern Pennsylvania and said she hadn't spoken with her daughter since just before Thanksgiving. She said the two were discussing Christmas plans at the time.

But sadly, by Nov. 29, she learned that her worst fear had come to pass and that her daughter's body had been found.

"I do. I do believe she was murdered. Yes. From what I've been able to gather as well as a mother's gut. I learned very young as a mom to trust my gut. It's not let me down," said Robinault last year.

Sharkey had a large following on Instagram, with more than 20,000 followers on the platform. According to friends, she was a mentor with a hair and skincare company called Monat.

As for her husband Tom, he did end up talking to ABC13, explaining that he did everything in his power to find his wife.

Sharkey's close friends revealed that she mentioned fearing for her safety before she died.

INTERVIEW: "I do believe she was murdered:" Alexis Sharkey's mom on her death

A Houston public works employee reported finding a naked woman's body on the side of the road over the weekend. Sadly, police confirm it is Alexis Sharkey, who went missing after Thanksgiving.

The discussion happened between Sharkey and a friend during their trip to Marfa, Texas, about a month before her death.

"She confided in me that night ... she's petrified," a friend said. "This girl is scared for her life."

"She was a friend to literally all," another friend said. "Such a good person."

So far, no one has been charged or arrested in Sharkey's death.

ABC13's Steve Campion spoke with the Houston influencer's mother, husband and friends. Here's what they all had to say about her death.