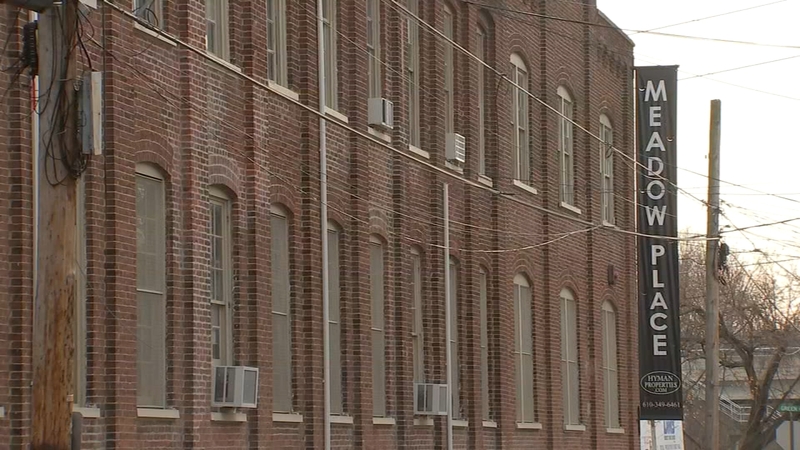 ALLENTOWN, Pennsylvania (WPVI) -- Police have identified the gunman who they say fired at officers during a barricade situation in Allentown early Thursday morning.

According to police, an officer fired back and struck 24-year-old Tyler Hartenstine.

He was taking to the hospital in stable condition and is facing charges.

The situation began around midnight Thursday and came to an end five hours later.

#BREAKING Shots were fired during what turned into a standoff situation in Allentown. https://t.co/z8Cp6UVSFw pic.twitter.com/CEeJd86ahs

"It was like rapid gunshots," described resident Juan Collazo.

SWAT teams were called in along with a large police presence. Surrounding streets were shut down and residents of the apartment building were not allowed inside.

Authorities attempted to communicate with Hartenstine who was barricaded in his third floor apartment using a megaphone.

"One thing that was clear to me is that the officer said, 'We can help you'. He kept repeating that over and over," according to Merari Kingsley of Allentown.

They eventually made entry.

Just before 5 a.m., residents of the apartment building were told the standoff was over, and they could return to their homes. Allentown police had been asking nearby residents to stay inside their homes.

"I'm the tenant next to the shooter. The reason I left the house is that me and my wife were scared that the bullets were going to come through the wall," Perez explained.

He continued, "So I seen the officers, and they told me to stay inside, but then I started to hear more shootings and more shootings getting closer and closer. Me and my wife got nervous so we went downstairs."

Perez said he heard the a couple arguing before the shooting. The gunfire sounded sporadic at first but picked up.

"Before I came out, maybe seven, eight, nine shots," Perez said. "I can't tell you what he was shooting at because I can't see through the walls, but I didn't see no force, or police trying to hurt the man; they were actually trying to help, but he's the one not cooperating."