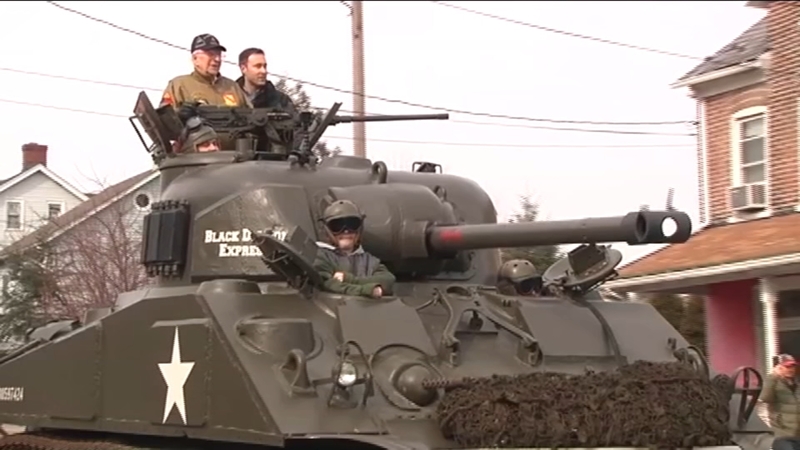 ALLENTOWN, Pa. (WPVI) -- Hundreds of people lined the streets of Allentown on Friday to honor a World War II veteran.

The best part? It was all a surprise.

Tank gunner Clarence Smoyer kicked off the weekend with the unexpected.

He came out of his home expecting a small party, but was instead shocked to find the ultimate Uber ride waiting outside of his house.

Smoyer took a ride on a replica of the tank he used overseas during the war - one of the last running Sherman tanks.

The 95-year-old veteran originally joined the army in 1943.

His original tank was named "Eagle" - appropriately named after the Philadelphia Eagles.