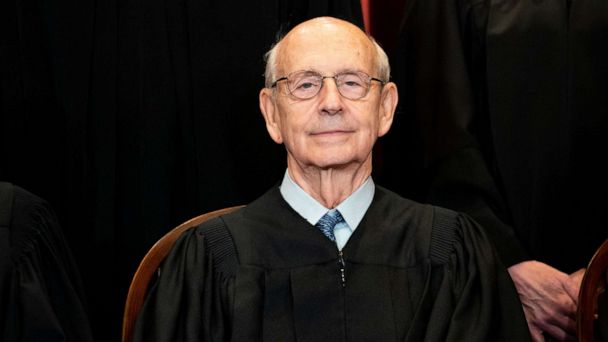 
"Some emphasize more text. ... Some, like me, probably emphasize more purposes. And the great divisions are probably much more along those lines than what we would think of as political lines," Breyer said.

"I thought that was a very bad decision and I dissented," he said.

The court's denial of the request from Texas abortion providers to temporarily put state law SB8 on hold also drew sharp criticism from Justice Sonia Sotomayor, who wrote in dissent that the court chose to "ignore its constitutional obligations ... the sanctity of its precedents and of the rule of law."

The 83-year-old justice has published a new book -- "The Authority of the Court and the Peril of Politics" -- defending the Supreme Court as a nonpartisan institution whose power depends on credibility among Americans of all viewpoints.


"That's a treasure, and it's been built up over many many years," Breyer told Stephanopoulos.

Breyer, the court's oldest member, has come under intense pressure from progressives to step down while Democrats control the Senate and White House.

He told GMA that he is thinking about retirement but has not yet made a decision on timing.