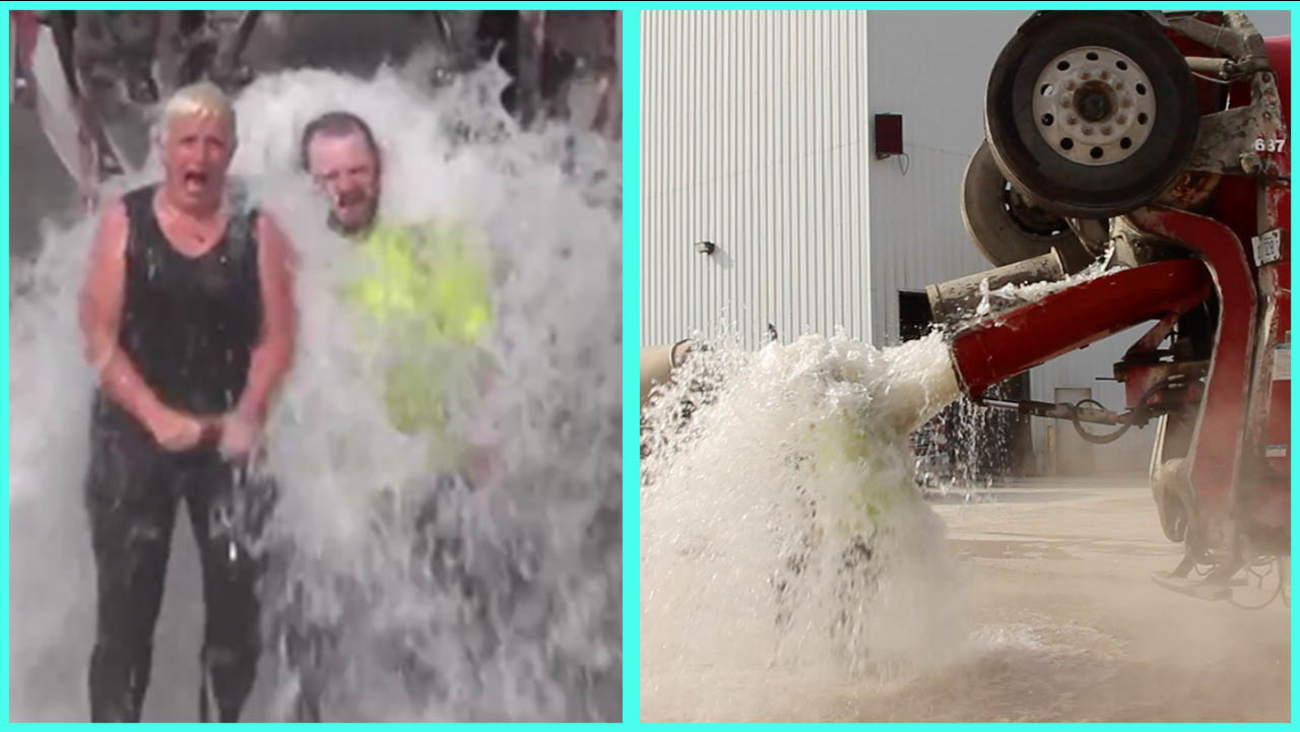 After being nominated to take the Ice Bucket Challenge, mother and son Barb and Joel Alford decided a bucket of ice water wasn't enough to prove their support to ALS funding. Using his employers' concrete mixing truck, Joel and his mother endure a solid 30 seconds of an ice water monsoon spraying out the back of the truck.

Both of these ice bucket victims struggle to stay under the icy water as their instincts try to escape possible hypothermia. While not exactly the brightest idea, this massively one-upping video dwarfs the typical 4-5 gallon bucket effort of many ASL supporters are tossing over their heads.

In the YouTube description, the video uploader states that they used recycled water for the Challenge, and that it was later "reclaimed and re-recycled." Though we're not exactly sure how they managed to do that. While the Ice Bucket Challenge has proved extremely successful as a viral marketing campaign for ALS research funding, which took in over $40,000,000 in the past three weeks, the water waste is something to consider.

The Washington Post believes that at least 5 million of gallons of water have been used for the Ice Bucket Challenge thus far, and that figure was not including the 1,200 gallons used here.

For drought-stricken states like California, which recently approved emergency regulations on all outdoor water use, it's certainly not helping the water conservation effort.

Find out more information about ALS and donating here.

Would you challenge others to the Ice Bucket Challenge, or just ask them to write the $100 check? Let us know in the comments below.