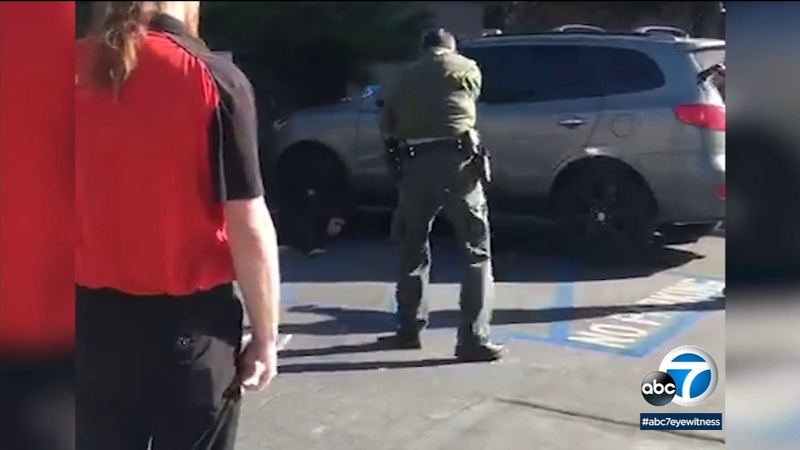 CAMBRIA, Calif. (WPVI) -- A man who authorities said abducted his 2-year-old daughter and stabbed her mother in San Jose was captured when a group spotted him at a gas station in San Luis Obispo County on Monday and stopped him from leaving.

A statewide Amber Alert was issued for 2-year-old Bethanie Carraza, who was found safe inside the suspect's vehicle in Cambria.

San Jose police say 24-year-old Victor Magana stabbed the girl's mother at a residence in the 500 block of South 11th Street in San Jose Sunday night before the abduction.

Al Ashcroft spotted the suspect's vehicle, a 2007 Hyundai Santa Fe, just minutes after receiving an Amber Alert on his phone.

Magana's keys were inside the car, along with his daughter.

A witness said Magana denied being the suspect and said his daughter hadn't eaten in six hours.

Video shows the suspect hitting the car, trying to break-in.

"He hit the window twice trying to get in, and finally a guy bear hugged him from behind and I took the rock away," Ashcroft said.

Footage showed Magana on the ground as law enforcement arrived to take him into custody.

Ashcroft said the girl was in good spirits.