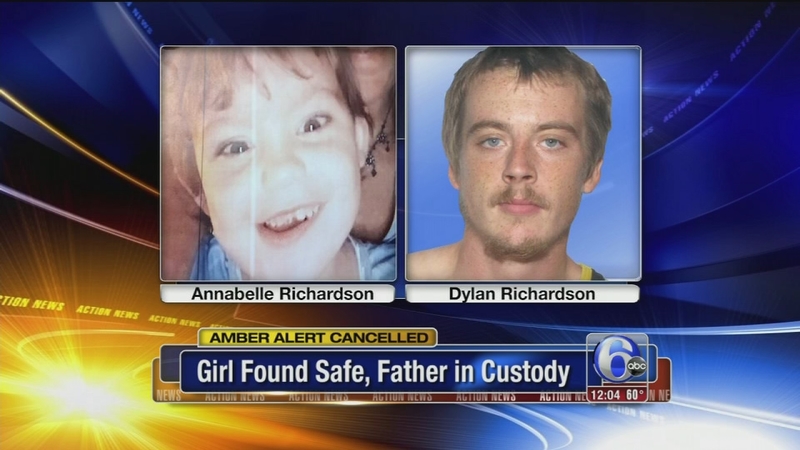 PHILADELPHIA (WPVI) -- An Amber Alert issued for a child who went missing last week in Virginia and was thought to be headed for New Jersey has been cancelled.

The Amber Alert issued at 5 p.m. Monday by authorities in Virginia was cancelled at 6:11 a.m. Tuesday.

They say Dylan Richardson, who does not have custody rights to the child, was allowed to see Annabelle as long as he stayed drug-free.

When authorities requested a drug test last week, police said, he fled with the child.

Police tell Action News authorities tracked Dylan Richardson's cell phone to Dublin, Bucks County last Thursday. They believe he may have been in Bensalem, Pa. at the time.

They also said they believed Dylan and Annabelle were traveling with Dylan's mother, Jaclyn McKenna.


On a Facebook page believed to be Dylan Richardson's, the account owner states that he did not kidnap his own child, that he plans on filing for custody and that he did what was in the best interest of his daughter.