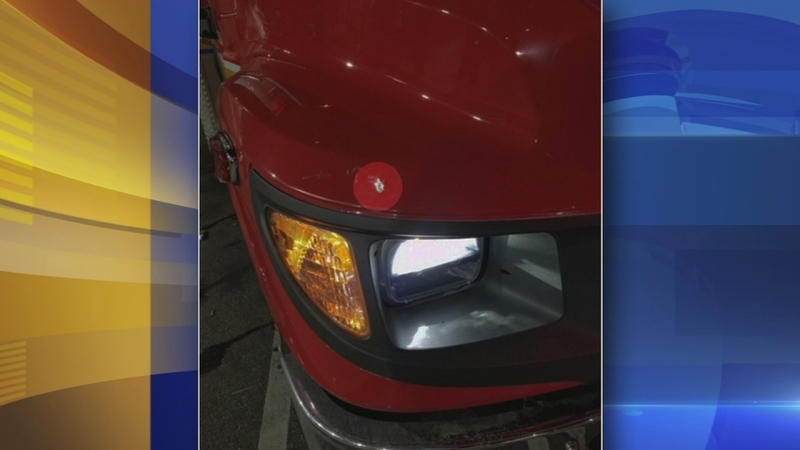 WEST PHILADELPHIA (WPVI) -- It was a close call for a medic unit late Friday night after a stray bullet hit an ambulance in West Philadelphia.

Sources tell Action News that the ambulance was en-route to the hospital with a patient on board when gunfire erupted around the ambulance.

Emergency responders say situations like this don't happen all the time but they are not rare, and in this case the first responders were prepared.

Luckily they were not hurt, and they even went right back to work the same night.

Vozzelli is talking about the stray bullet that pierced medic 40 just before 10 p.m. Friday
with a paramedic and EMT in the back tending to a patient.

Loesch is commending the EMT and paramedic's actions. According to Southwest Detectives, a man pulled a gun during an argument in the street near 51st and Market and fired.

One shot hit medic 40 above the headlight, the other hit a 26-year-old man involved in the street fight.

That victim was taken to the hospital. Police are still looking for the shooter.

Vozzelli said, "52nd and Market Street is a very busy intersection and numerous people could have been shot in this situation."

The bullet hit medic 40's electric panel, but first responders arrived with another ambulance and took the patient to the hospital.

The shooting victim is stable at Penn Presbyterian Medical Center. He was arrested for drug and weapons violations.