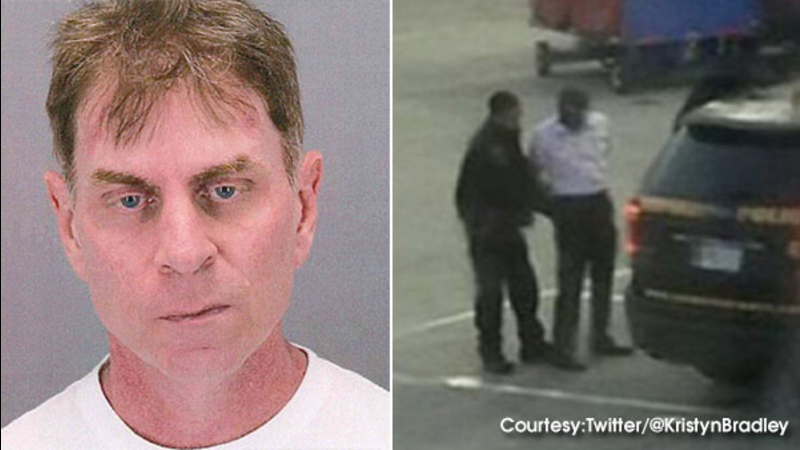 PHILADELPHIA (WPVI) -- The American Airlines co-pilot, accused of being under the influence of alcohol ahead of a flight from Detroit to Philadelphia, has been identified and charged.

John Francis Maguire, 50, of Chadds Ford has been charged with a misdemeanor of operating an aircraft under the influence.

American Airlines flight 736 was cancelled after Maguire was taken into custody at Detroit Metro Airport.

TSA officers reported to police around 6:40 a.m. Saturday after an agent said he smelled what he thought was alcohol on the co-pilot of the flight, and witnessed what was categorized as odd behavior.

A field breathalyzer was administered and, officials say, Maguire failed the test.

Police arrested him and administered another breathalyzer test, and say he was over the limit for a pilot.

"We found out later that it was a co-pilot who was arrested," said passenger Delaney Bradley. "And then we were all told to get off the plane, and then they told us that our flight was canceled."

Daniel Flick of Gladwyne was on the plane when the pilot was hauled away.

"We definitely were notified of an intoxicated pilot," said Flick. "Thankfully the flight was OK."

"It's very frightening because I travel with my children frequently, and I trust that the airlines are keeping us safe," said Sara Fritz of Wallingford, Pennsylvania.

"I think they should lose their license to fly," said David Emplit of Coatesville, Pennsylvania. "Everyone's life is in your hands."

American Airlines released a statement, which reads in part: