"They've only seen characters. They've seen, you know, the stereotypes and the fearful things that people say."
KGO
By Reggie Aqui 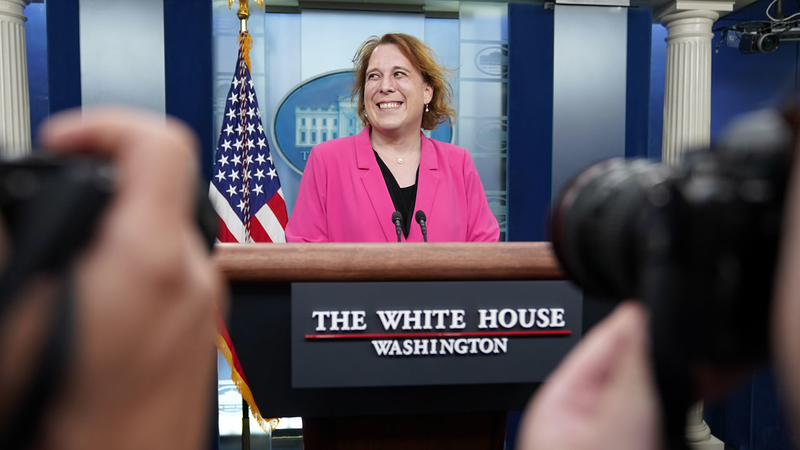 OAKLAND, Calif. -- She went from Oakland software engineer to "Jeopardy" champion, and now a guest of the White House.

Amy Schneider marked Transgender Day of Visibility by meeting with the administration and addressing the recent uptick in anti-LGBTQ+ sentiment back on March 31.

ABC7 News Anchor Reggie Aqui spoke with her about her West Wing moment.

"It was, you know, hard to believe it was just, it wasn't something I ever thought about imagining really. And you know, is it looks just like it does on TV....And really, you know, quite an honor," she said.

In addition to Schneider's White House visit, Aqui told her she had "a really important message."

"Essentially, your message was that representation matters," Aqui said.

"You know, I think that all the stories I've heard from people talking about, you know, their relatives, their parents, grandparents, loved ones, being able to understand things a different way before, then they could before after seeing," she said.

"And that was kind of a surprise to me until I thought about it. And I realized that yeah, they haven't seen just a trans person before. They've only seen characters. They've seen, you know, the stereotypes and the fearful things that people say, and they just hadn't seen the reality of it yet."

Watch the full interview in our video media player above