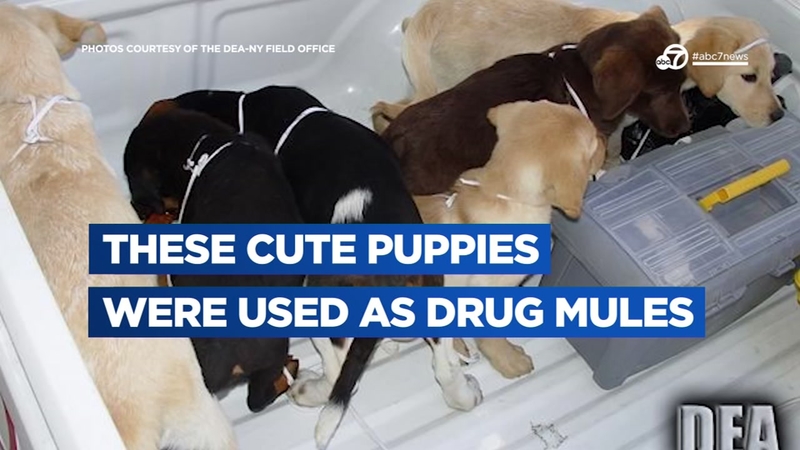 Veterinarian who smuggled heroin through puppies' bellies sentenced to 6 years

NEW YORK -- A veterinary student from Colombia was sentenced Thursday in Brooklyn Federal Court to six years in prison for importing heroin into the United States by implanting the drugs inside puppies.

He was described in court papers as "one of the best students in his class" at veterinary school, but prosecutors said he put his skills to use for criminal purposes with complete disregard for the dogs in his care. At least three of them died.

"As a veterinarian-in-training, the defendant had a duty to do no harm to animals, and he betrayed that duty when he used his veterinary skills as part of a scheme to implant liquid heroin into dogs so that Colombian narcotics traffickers could surreptitiously import heroin into the United States," prosecutors wrote in their sentencing submission. "Moreover, the evidence shows that this behavior was calculated and not aberrant. The defendant set up a safe location to conduct these heinous surgeries, signed a lease for that location, and conducted surgeries on the dogs before being caught."

According to federal prosecutors, Elorez leased a farm in Medellin, Colombia, for the purpose of raising dogs and performing the surgeries. He implanted bags of liquid heroin inside nine dogs.

When authorities searched the farm and examined the dogs, they surgically removed 10 bags of liquid heroin and seized others that were waiting to be implanted.

At least one of the rescued puppies was later trained by the Colombian National Police to be a drug detection dog.

"When I was starting to become a veterinarian in the University of Antioquia in Medellin, Colombia, I conspired together with an experienced veterinarian to introduce drugs into the United States of America through surgical implantation in dogs," Elorez admitted during his plea hearing. "I did this even though I knew I was doing wrong and I was committing a crime."

Upon completion of his sentence, Elorez will be deported.