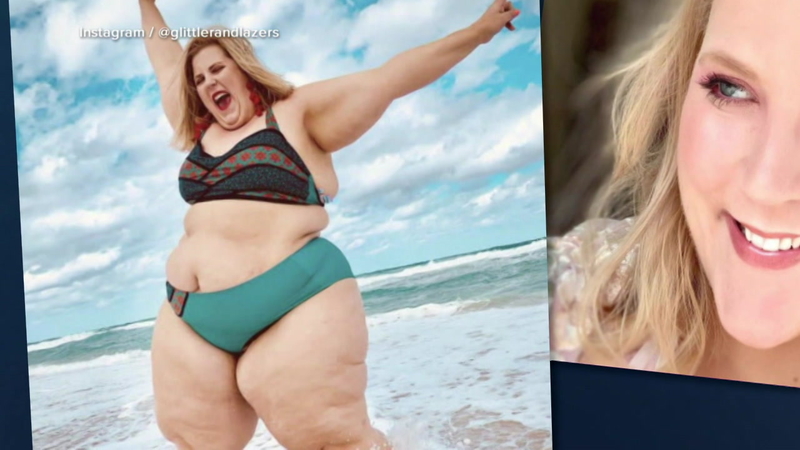 A heated debate broke out on Twitter -- a breeding ground for divisiveness -- after the razor company, Gillette Venus, posted a photo of a plus-size, bikini-clad model at the beach.

With the caption "Go out there and slay the day," the photo may seem like any other on its feed, most of them portraying women in minimal clothing showing off their freshly shaven skin. This particular photo, however, caused a tsunami of commenters to offer judgments on the model's health.

Go out there and slay the day 💪🏼 📸 Glitter + Lazers pic.twitter.com/cIc0R3JfpR

The conflict comes from some users accusing Gillette of glamorizing obesity and others praising the company for promoting body positivity for all shapes and sizes.

The photo's subject, Anna O'Brien, told "Good Morning America," in an interview aired that aired Thursday, "The purpose of taking that photo was just to capture a really joyful time in my life. I just wanted to remember how happy I felt. And that's all it was. It was just a really happy time in my life."

O'Brien, who is a blogger and social media influencer, had posted the photo to her social media from a trip to Cuba and was contacted by Gillette asking if they could repost it. But the comments on Twitter were instantly divided.

"It was hurtful when my obese mother died at 40 and couldn't see me graduate high school," one Twitter user wrote. "I find this ad extremely offensive."

"This woman will die of heart disease before @potus completes his second term. I hope she's just as happy and carefree for her last 6 years if life. Everybody should live themselves, but lets not call it healthy," another person responded to the picture on Twitter.

Many others came to the model's defense, fighting back at those who rushed to judgment.

"Are you this person's doctor? Do you know if they are unhealthy? How? Where is her medical history in the tweet?" someone wrote.

"So where do we draw the line between body positivity and health issues?" someone else replied,

"What people who aren't plus-sized don't know is this is our everyday existence," O'Brien told "GMA." "I wanna show women that they can do whatever they want.

"If you look at my image, it's joyful. It's happy. It's inspired," she added. "I'm living a great life. But for a lot of people, all they can see is fat."

The company was forced to respond to the hullabaloo on Twitter, writing, "Venus is committed to representing beautiful women of all shapes, sizes, and skin types because ALL types of beautiful skin deserve to be shown. We love Anna because she lives out loud and loves her skin no matter how the 'rules' say she should display it."

Venus is committed to representing beautiful women of all shapes, sizes, and skin types because ALL types of beautiful skin deserve to be shown. We love Anna because she lives out loud and loves her skin no matter how the “rules” say she should display it 💙

O'Brien is no stranger to outrage. Her bikini snaps often draw attention, including photos last year from Las Vegas and Times Square.

"At the end of the day, bodies are bodies," she said. "There are so many different types of them. And that's all this is about. ... Let's start showing them as they are."
Report a correction or typo
Related topics:
societyu.s. & worldgood morning america
Copyright © 2022 ABC News Internet Ventures.
TOP STORIES
Philly officer shot on July 4th: 'Like a boulder fell out of the sky'
Deadly shooting behind Northeast Philly LA Fitness
Philly carjacking victim fires as suspects drive away: Police
2nd bullet found after officers shot at Philly's July 4th celebration
Philly visitors not canceling plans after July 4th shooting
Kenney issues statement on 'happy when I'm not mayor' comment
Carlos Santana collapses during Michigan concert
Show More
1 sent to hospital after South Philly house fire
200,000-pound shipment of baby formula arrives at Philadelphia airport
Schwarber homers twice in Phillies' 11-0 romp past Nationals
Philly opens 'lost and found' for those who fled July 4th shooting
Police investigate after woman says unleashed pit bull killed her dog
More TOP STORIES News