WPVI
PHILADELPHIA (WPVI) -- There was yet another bank robbery in Center City Philadelphia.

This comes as police have increased patrols in the area due to multiple hold ups in the past few weeks.

Police said a man wearing a ski mask robbed the Citizens Bank on the 1700 block of Market Street around 5:30 p.m. Thursday.

The robber had a tattoo on his left wrist and was carrying a red and white bag, police said.

Bank Robber Gets The Dye

The FBI released pictures of the man who robbed the Republic Bank on the 800 block of Chestnut Street.

The FBI just released pictures of the man who robbed the Republic Bank on the 800 block of Chestnut Street.
This bank robbery occurred last Wednesday.

Surveillance video from outside the bank shows the man running away with a red dye-pack exploding in his hands. 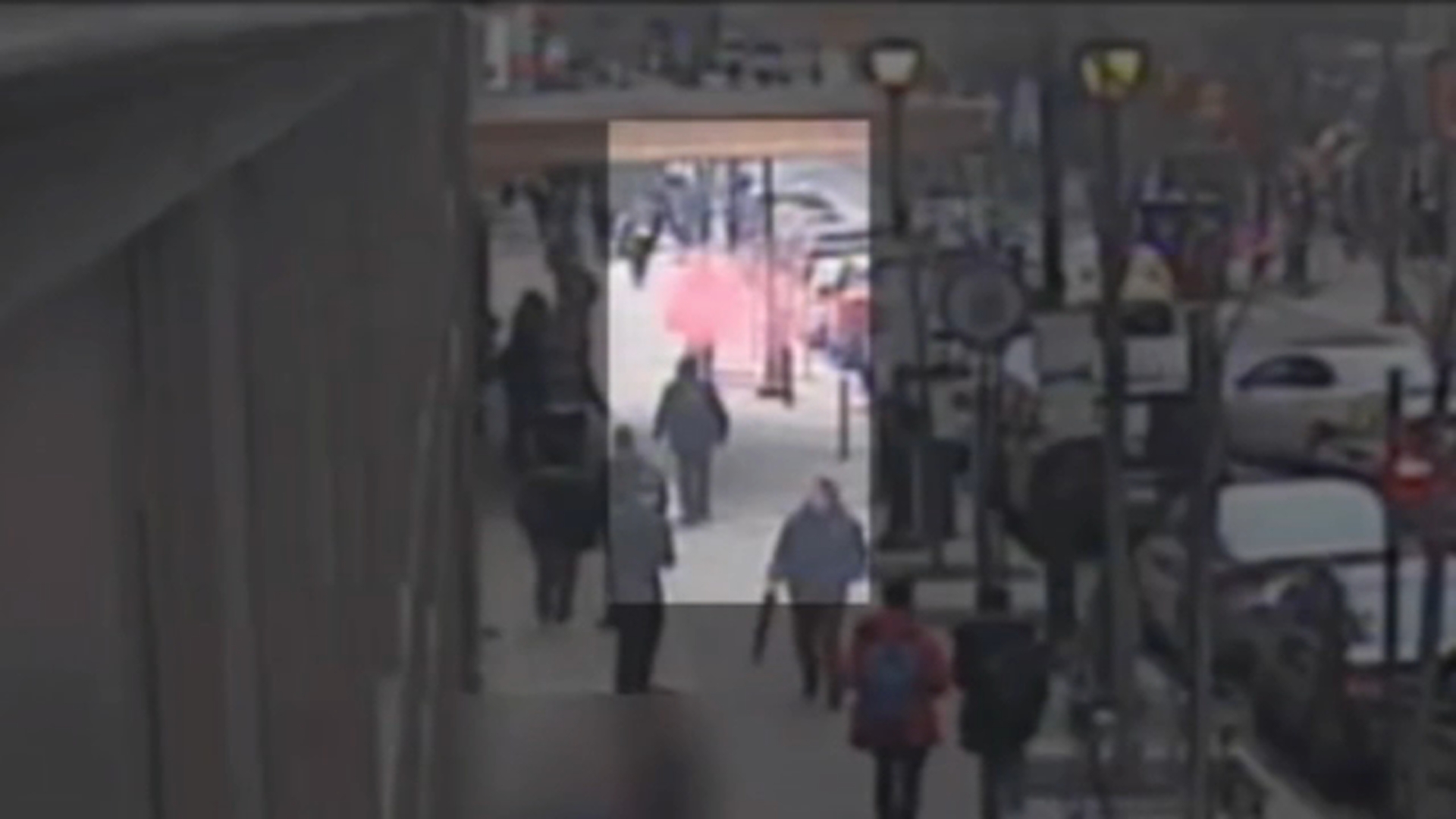 These were just the most recent of several bank robberies in Center City since late January.

That includes robberies at: 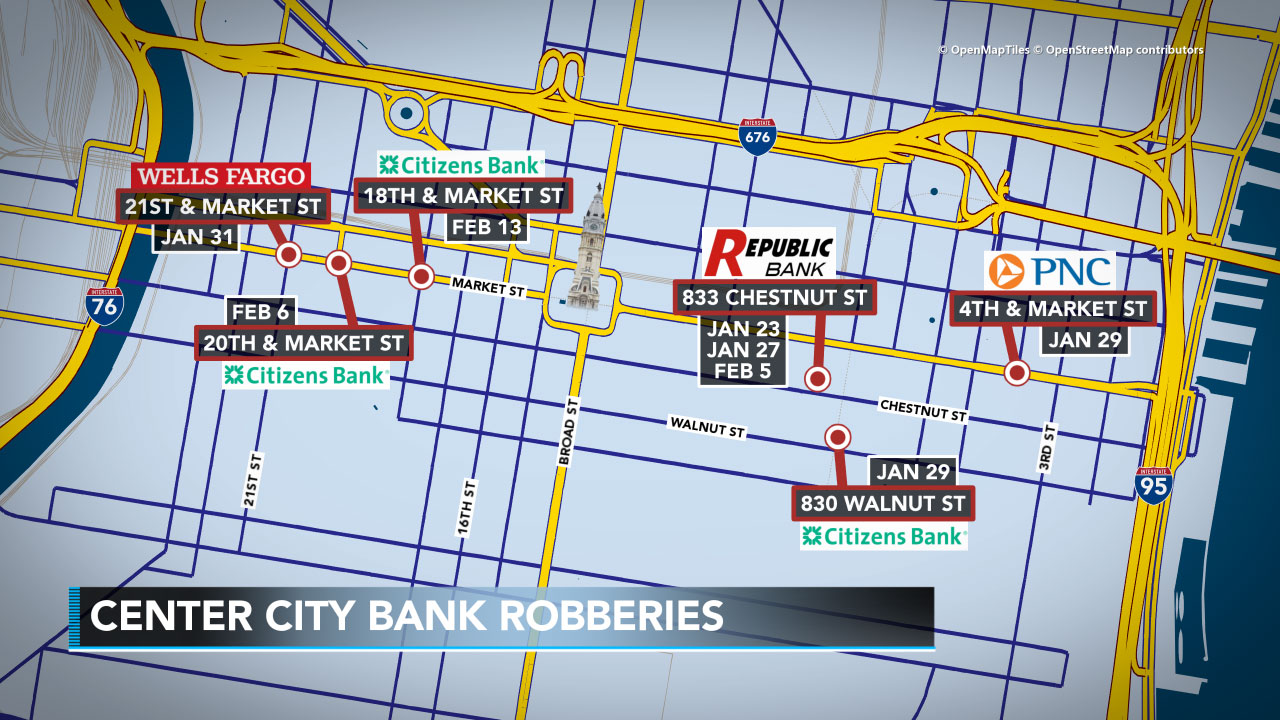