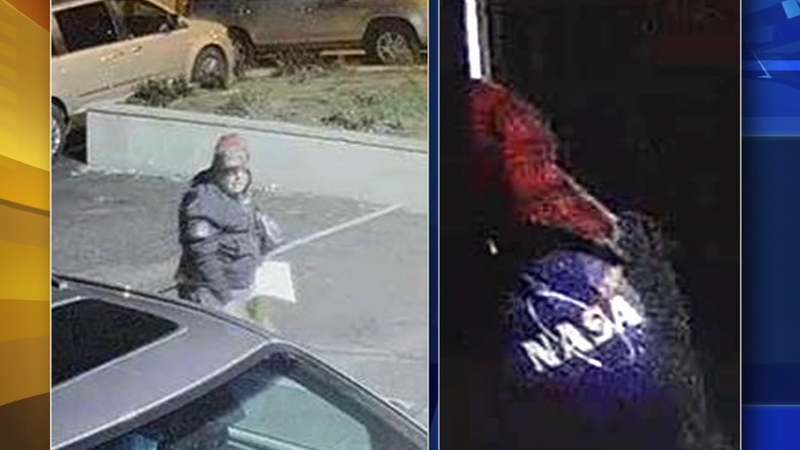 Police released pictures and surveillance video of the man on Thursday.

A similar sign was placed outside another facility operated by the same group nearby.

Chitwood said he considers the placement of the signs, both of which threaten harm to Muslims, a hate crime.

The suspect is seen in the surveillance video carrying and then placing homemade signs which appear to be wrapped in plastic.

He is described as a man 50-60 years of age, wearing a blue coat with a NASA logo, a red aviator or hunting style hat and blue jeans.