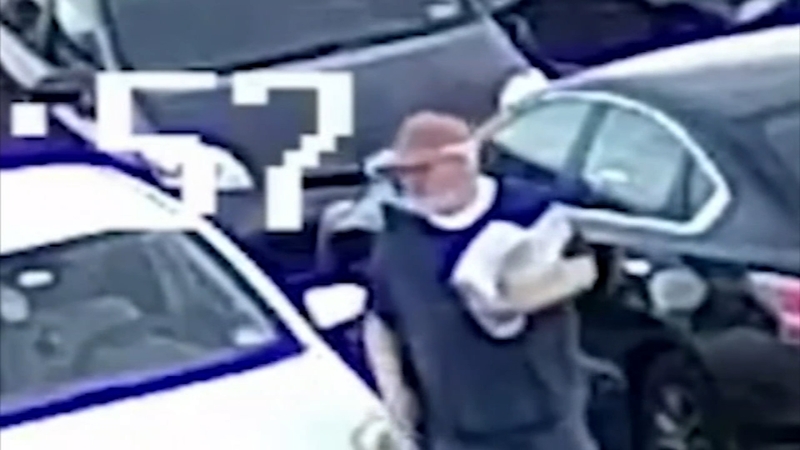 It happened around 6:30 p.m. on Saturday, October 19 in the Marlton Crossings parking lot.

Responding officers searched the area and were unable to locate the man.

Investigators were able to obtain surveillance video of the suspect.

Police said he matches the description of the suspect from a similar incident on October 11.

Anti-Semitic literature was found on several vehicles parked in the Fleming's Steakhouse parking lot on the 500 block of S. Rte. 73.

Police said patrons had reported seeing an older white male, medium build with a paunch, comb-over hair style, and wearing a teal jumpsuit, leaving the fliers on the vehicles.

An investigator responded to the scene and collected the items of evidence.

"The Evesham Township Police Department will conduct a thorough investigation into identifying the individual who is responsible for distributing this anti-Semitic literature. I want to ensure the residents of Evesham and the Jewish community that we will not tolerate this type of bias intimidation in our community," Chief Christopher Chew said at the time.