wpvi
By 6abc
ST. PETERSBURG, Fla. (AP) - October 24, 2008 Jimmy Rollins failed to get the ball out of the infield as the Phillies' woes with runners on base worsened Thursday night in a 4-2 loss to Tampa Bay that evened the World Series.

The Phils went 1-for-15 with runners ready to score, leaving them in a 1-for-28 rut through two games. Overall, they've stranded 22 runners.

Forget clutch hits, the Phillies can't even manage sacrifice flies. They were 0-for-3 with three strikeouts with a runner on third and less than two outs. Designated hitter Greg Dobbs fanned twice and Jayson Werth did it once.

"It's a combination of things," Dobbs said. "They're making really good pitches on us, but it comes down to taking advantage of opportunities. I had two golden opportunities and I didn't put the ball in play. That's unacceptable."

Philadelphia's problems start at the top. Rollins, the leadoff man and offensive catalyst, is 0-for-10 with three strikeouts in the Series.

"The only thing I can see is Jimmy is swinging hard," manager Charlie Manuel said. "That comes from trying too hard." When Rollins, the 2007 NL MVP, doesn't get on, the Phillies have trouble scoring. They were 42-15 when Rollins scored a run in the regular season, 50-55 when he didn't.

"It's that way sometimes," Rollins said. "Sometimes you're seeing the ball good and sometimes you hit it hard right at somebody."

The Phillies' 0-for-19 skid with runners in scoring position to start the Series is the longest since the 1966 Dodgers went 0-for-22 for the entire four-game series against Baltimore, according to the Elias Sports Bureau.

This team relies too heavily on the long ball - they hit an NL-best 214 homers in the regular season. But, they can't manufacture runs other ways, despite stealing 136 bases, third-most in the league.

Their first run in Game 2 came on pinch-hitter Eric Bruntlett's solo homer off hard-throwing lefty David Price in the eighth. A fielding error by third baseman Evan Longoria on Werth's one-out grounder in the ninth allowed Carlos Ruiz to score after he led off with a double.

Howard, who led the majors with 48 homers and 146 RBIs, hasn't gone deep in 40 postseason at-bats. He had two hits off starter James Shields, but struck out against Price to leave two runners on in the seventh. With a chance to tie it with a homer in the ninth, Howard grounded out against Price to end the game.

Howard declined to speak to reporters immediately after the clubhouse doors opened.

Pat Burrell, who bats fifth behind Howard, is 0-for-6 in the Series. Utley, who hit a two-run homer in the first inning Wednesday, was 0-for-4 in Game 2.

Howard led off the second with a double that one-hopped the wall in center. After Burrell worked a walk, Shane Victorino popped out. Perhaps the speedy Victorino could've sacrificed the runners or tried to bunt for a hit.

No matter. A wild pitch by Shields advanced Howard and Burrell, but Dobbs struck out looking and Pedro Feliz lined to center.

Ruiz started the third with a double down the left-field line. Rollins moved him over with a groundout to second, but Werth struck out and Utley grounded out.

With Howard on second in the fourth, Victorino reached on an infield single, snapping the 0-for-19 slump. But Dobbs struck out and Feliz grounded out.

"Maybe it seems like we're pressing, but I don't know," Victorino said. "We're just not getting the job done."

The Phillies found another way to stifle a rally in the fifth. They ran themselves out of the inning.

With two on and one out, Utley hit a sinking liner that right fielder Rocco Baldelli caught on the run. Werth, who had singled, was doubled off first on a strong throw. 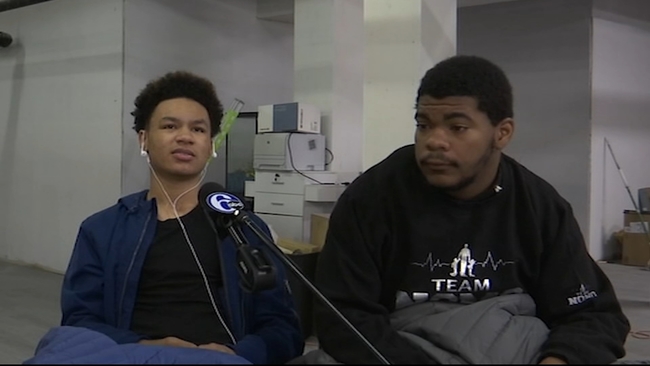