wpvi
By 6abc
MONTGOMERY COUNTY, Pa. - December 8, 2008 Co-owner of the safecig Jonathan Deak said the battery-operated device is 99-percent water and one-percent nicotine. He said it "gives the sensation of smoking, but you're not getting all the carcinogens, tars, the poisons in cigarettes today."

And because there's no tobacco, Deak said it's legal to smoke any electronic cigarette where smoking is banned. The smoke isn't really smoke but vaporized water. Still not all smokers are impressed.

Smoker Craig Popielarczyk said, "It doesn't taste like a cigarette to me."

And doctors point out electronic cigarettes are not FDA- approved. But still Dr. Richard Wender, family doctor at Jefferson University Hospital and past national president of the American Cancer Society said the products have promise.

"Anything that gets you off real cigarettes is better for your health," he said.

Deak's sister, Lula Malone is also part-owner of the Safecig. She said it helped her quit. Electronic cigarettes come in different nicotine levels and she weaned herself down. "I went from the 14mg, down to 11mg, down to zero."

But Dr. Wender and Andrew Strasser,Ph.D., who tests reduced-exposure cigarettes at the Hospital of the University of Pennsylvania, caution the electronic cigarette is not an approved method to help smokers kick the habit.

"This is a very new product that has not been thoroughly investigated so to say this is definitely going to help someone quit would be irresponsible," Strasser said. He also worries if smokers use it just to get by where smoking's not allowed, it could simply sustain addiction.

But Simpson, like so many other smokers is desperate for something to help and with or without proof it works, he's hopes puffing an electronic cigarette will help him kick the habit.

"I rather stop before it's too late and I think this is the way to go," he said.

Deak tells us they are trying to get FDA approval. The cost for an electronic cigarette depends on the brand. 'The safe cig' costs $100 for a starter kit and then about one-dollar for the nicotine cartridges which equal about a pack of cigarettes. This product is only being marketed for people who already smoke. 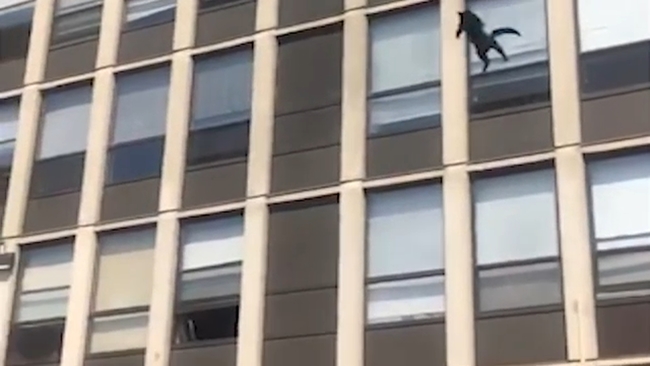