Officers were dispatched to the parking lot of the Creek Road apartment complex off of Dennison Avenue around noon when maintenance workers discovered the body.

The car, a 2006 Chrysler 300, was parked in a dark corner and up against the wall, so police say it would have been hard for anyone to notice the victim slumped inside. "At first we didn't even know she was dead until i actually seen them pull the body out of the car," said Veronica Rogers. The car was loaded up on the back of a flatbed truck and was driven away from the scene.

Chitwood thought the victim was in her late 30s or early 40s. There was a coat covering her head. The victim has now been identified as 18 year old Camilla Stephenson of Southwest Philadelphia.

"We don't know if that coat was used to muffle the gunshot sounds or if she was shot somewhere else and driven there," Chitwood said, who explained they know Stephenson was shot in the car because of the blood spatter inside. Police say the Chrysler may have been used in a home invasion earlier this month in Montgomery County. In a strange turn of events, a woman claiming to be the owner of the car walked into another Delaware County police department on Thursday and reported the car stolen. But, once police started asking questions, she ran out the door.   Residents who live in and around the complex say the incident is too much to handle. "it's just the fact that a dead a body was found over there just frightens me just a little because the person who did it was actually in our complex," said Rogers. "I wasn't one bit surprised because this block is so out of control, it's unbelievable, this neighborhood is out of control. I'm trying to get out of here myself," said Cindy Rozart.
Copyright © 2020 WPVI-TV. All Rights Reserved.
TOP STORIES 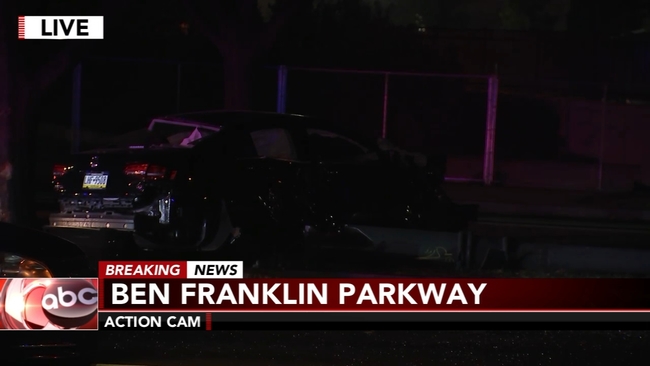