As Senate office buildings were closed to visitors Monday following the shooting at the Washington Navy Yard, lawmakers from both sides of the debate offered sympathy for the victims. Sen. Dianne Feinstein, a leading advocate for tougher gun control in the Senate, issued a call to action to stop "the litany of massacres."

"When will enough be enough?" the California Democrat said in a written statement. "Congress must stop shirking its responsibility and resume a thoughtful debate on gun violence in this country. We must do more to stop this endless loss of life."

For Obama, it was at least the seventh mass shooting of his presidency, and he wearily mourned the victims while speaking at the White House.

"We are confronting yet another mass shooting, and today it happened on a military installation in our nation's capital," Obama said. "It's a shooting that targeted our military and civilian personnel. These are men and women who were going to work, doing their job protecting all of us. They're patriots, and they know the dangers of serving abroad, but today they faced the unimaginable violence that they wouldn't have expected here at home."

Asked later about whether the shooting would reignite his call for more gun control, Obama spokesman Jay Carney said the president was implementing executive actions and reiterated his commitment to strengthening gun laws, including expanding background checks to sales online and at gun shows. "The president supports, as do an overwhelming majority of Americans, common-sense measures to reduce gun violence," Carney said.

Dr. Janis Orlowski, chief operating officer of Washington Hospital Center, which treated several of the Navy Yard victims, said: "We need to do whatever we can - to have people argue, to have people disagree - this is something we've got to work on together. ... We've got to stop it."

Dan Gross, President of the Brady Campaign to Prevent Gun Violence, said after every shooting, "the corporate gun lobby's friends in Congress obstructed the will of the American people and stood in the way of sensible solutions to gun violence."

"While it is too early to know what policies might have prevented this latest tragedy, we do know that policies that present a real opportunity to save lives sit stalled in Congress, policies that could prevent many of the dozens of deaths that result every day from gun violence," Gross said in a written statement.

The NRA declined to respond to requests for comment Monday. The group successfully fought Obama's push for stricter firearms laws after a December school shooting that killed 20 Connecticut first-graders and six staffers. The Senate in April rejected expanded background checks for gun purchasers, despite broad public support for such a measure.

Obama and gun control advocates have vowed to continue fighting for the cause but they can't point to a single new Senate supporter. Their case wasn't helped by last week's recall of two Colorado Democratic senators who supported expanded background checks and limits on ammunition magazines.

Matt Bennett, senior vice president at Democratic-leaning Third Way, said the Colorado senators' mistake that led to their recall was voting to ban high-capacity magazines, even though Third Way has supported such a ban.

"We do as good public policy, but we don't support Congress trying to do it at this point because it's bad politics," Bennett said. "Voters don't like it."

Mark Glaze, executive director of Mayors Against Illegal Guns, said the group will continue to "give legislators who take risks to protect public safety the resources to defend themselves." He said it may take some time, but predicted eventually they will have support in the Senate for tighter laws.

"It's a question of how long some senators think they can politically sustain doing nothing while 33 more Americans die every day and the mass shootings continue," Glaze said. 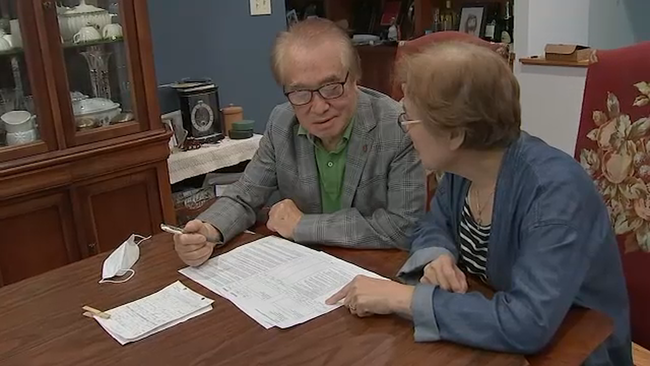