Rabbis Mendel Epstein and Martin Wolmark charged Jewish women and their families thousands of dollars to obtain religious divorces, known as "gets," from unwilling husbands, the FBI said.

"They didn't do it out of religious conviction," Assistant U.S. Attorney Joseph Gribko told a judge Thursday in a federal court hearing for the men. "They did it for money."

Marc Agnifilo, a lawyer for Wolmark, said it's possibly a case where religious law collides with federal statutes, where the crimes they're accused of can be punished by life in prison.

"It's a very complex case. The government says it's all about money, but I don't think that's quite right," Agnifilo said after the hearing, calling coercion and even violence to get husbands to grant religious divorces "an old tradition."

The rabbis and the 10 other men were arrested as a result of an undercover operation that began in August when two FBI agents, one posing as a woman trying to get a divorce, contacted the rabbis. According to an FBI complaint, Epstein spoke about forcing compliance through "tough guys" who use electric cattle prods and even place plastic bags over the heads of husbands.

The FBI said the price was more than $50,000 and a prosecutor said at Thursday's hearing that the organization involved in the alleged plot had been involved in up to 20 kidnappings over the years.

No pleas were entered Thursday and lawyers for some of the defendants sought to minimize their clients' roles in an effort to get them freed on bail or put on home confinement.

Magistrate Douglas Arpert ordered all 10 held in federal custody at least until hearings next week.

The investigation took place in Ocean and Middlesex counties in New Jersey and Rockland County in New York, and ended with arrests overnight Wednesday.

Four of the rabbis' associates were described as enforcers, or "tough guys," as Epstein called the men who helped coerce reluctant husbands.

The undercover agents, including a man posing as the woman's brother, met with Epstein at his Ocean County home in August, during which the rabbi spoke about "kidnapping, beating and torturing husbands in order to force a divorce," the complaint said.

"Basically what we are going to be doing is kidnapping a guy for a couple of hours and beating him up and torturing him and then getting him to give the get," Epstein is quoted as saying during the conversation, which was videotaped.

Epstein is also quoted saying he wanted to use a cattle prod to torture the reluctant husband.

"If it can get a bull that weighs 5 tons to move ... you put it in certain parts of his body and in one minute, the guy will know," he said, according to the complaint.

The undercover agents wired him a $20,000 down payment, the complaint said.

Under Jewish law, if a husband refuses to grant his wife a "get," she has the right to sue in rabbinical court. The complaint said that a rabbinical court was held in Rockland County on Oct. 2 as part of the sting, during which the use of violence was authorized. 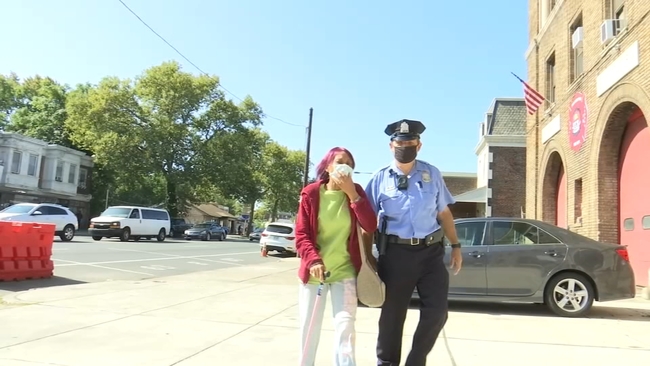