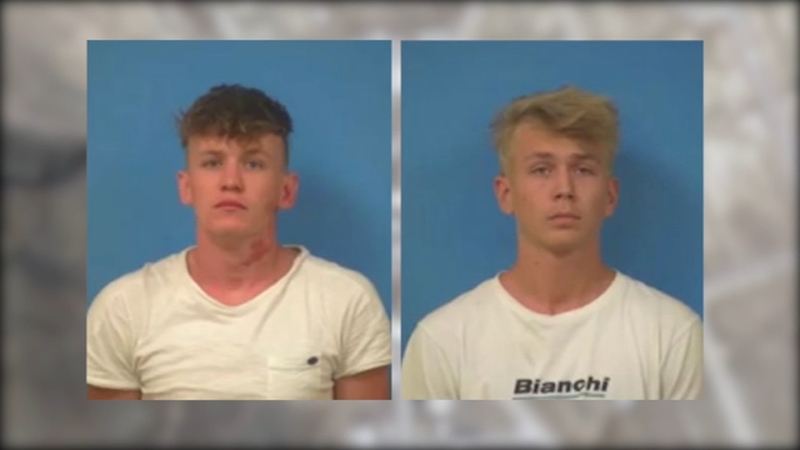 LAS VEGAS, Nevada -- Two Youtubers were arrested after allegedly trespassing near the infamous Area 51 in Nevada.

Police believe 21-year-old Govert Sweep and 20-year-old Ties Granzier heard about the viral "Storm Area 51" event scheduled for next weekend and decided to get a sneak peek Tuesday.

The two foreign nationals, originally from the Netherlands, were caught on the highly restricted military site and detained.

A 20-year-old college student created the Facebook event "Storm Area 51, They Can't Stop All of Us" over the summer as a joke, but more than 2 million people said they were going to the classified U.S. Air Force facility in Rachel, Nevada, to "see them aliens."

Conspiracy theorists believe the Air Force base is home to secret alien technology that the government is hiding from the public.

Sweep and Granzier claimed they didn't realize what they were doing.

"We didn't have any intention to storm it because we leave one day before the actual storming dates, and we just wanted to make -- to go there," Sweep said.

But according to police, both men understood what the no trespassing signs said, and wanted to look at the facility.

Cameras and drones were found inside the duo's vehicle.

Granzier is the personality on a popular European YouTube channel and currently has over 735,000 subscribers.

Govert is also a YouTuber and believes this is the reason why he has not been released from jail yet.