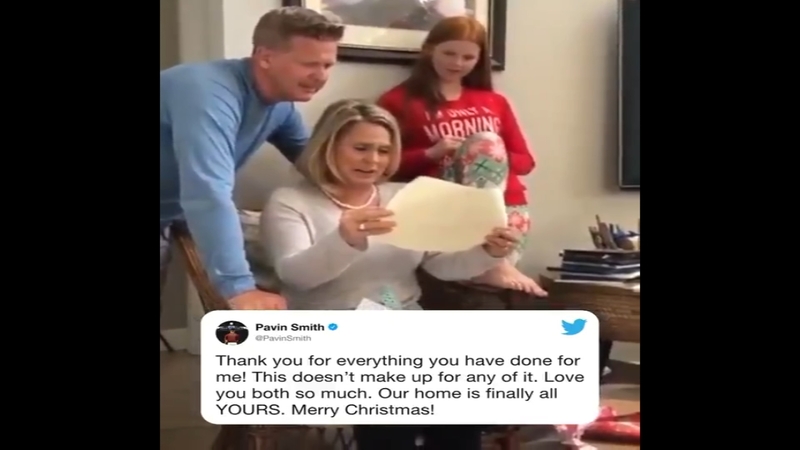 Pavin Smith brought his parents to tears when he revealed in a letter that he was paying off their mortgage with some of the proceeds from a $5 million bonus he earned by signing with Arizona in June.

The 21-year-old tweeted this message to his parents, "Thank you for everything you have done for me! This doesn't make up for any of it. Love you both so much. Our home is finally all YOURS. Merry Christmas!"

Smith, a first baseman, was drafted #7 overall. After being drafted, Smith played for the Class A Hillsboro Hops. In 42 games, Smith hit .318 with 27 RBIs for the Oregon-based Diamondbacks affiliate.
----

ABC News and the Associated Press contributed to this report.
------