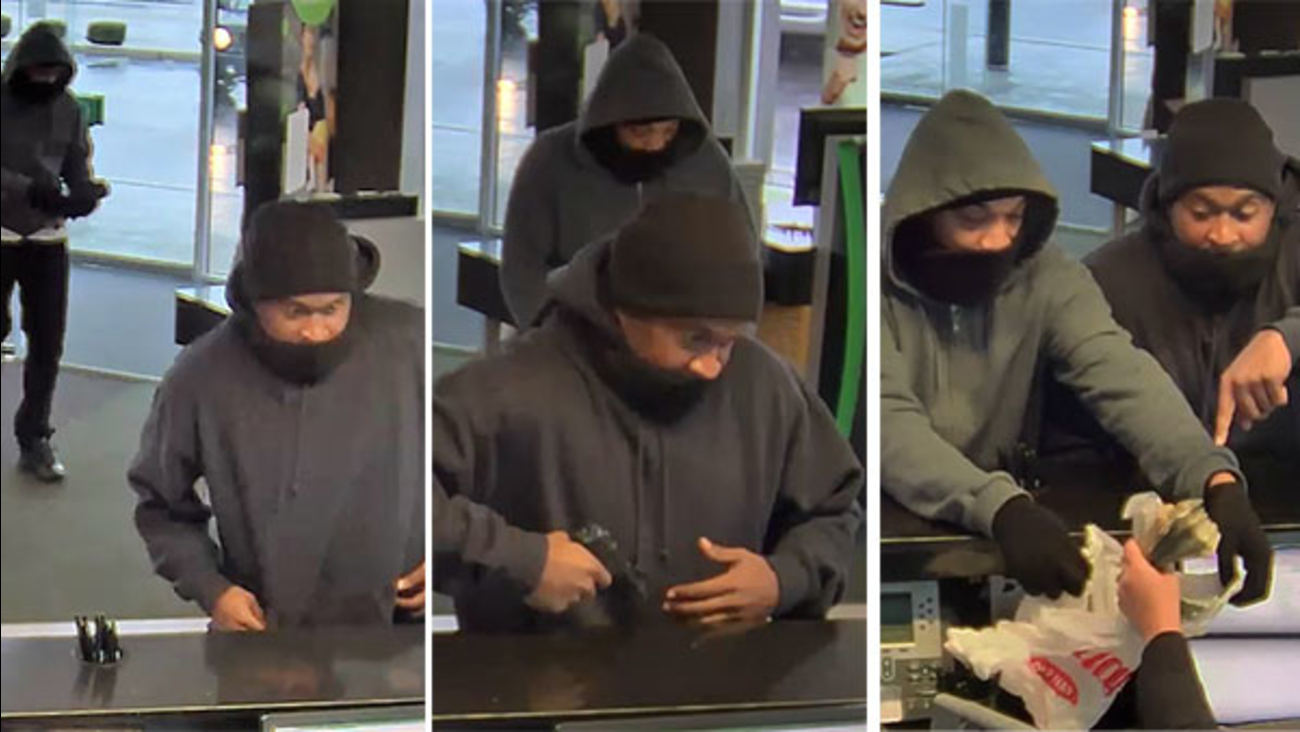 PHILADELPHIA (WPVI) -- Philadelphia police and the FBI are searching for two suspects wanted in connection to four armed robberies.

The latest occurred shortly after 2 p.m. Monday at the TD Brank on the 2200 block of East Butler Street.

Police say the two suspects entered the bank and approached the counter. One of the suspects was holding a handgun.

Police say the men demanded money from a teller.

After obtaining an undisclosed amount of cash, they fled the area of the bank, and were last seen heading east on Butler.

The suspects are believed to be responsible for three previous armed robberies:

Suspect #1 is described as a black male in his early to mid-30s, approximately 5'10-5'11 tall, medium complexion. He was wearing a dark gray hooded sweatshirt, black scarf or mask concealing the lower part of his face, black knit cap, and black pants. He carried a compact black semi-automatic handgun.

Subject #2 is described as a black male in his late 20s to early 30s, approximately 5'9-5'11 tall, light complexion. He had on a light gray hooded sweatshirt with the hood up, a black scarf or mask concealing the lower part of his face, black gloves, and black pants.

The suspects are considered armed and dangerous.

Anyone with information about these robberies or these suspects is urged to call the FBI at 215-418-4000 or the Philadelphia Police Department.