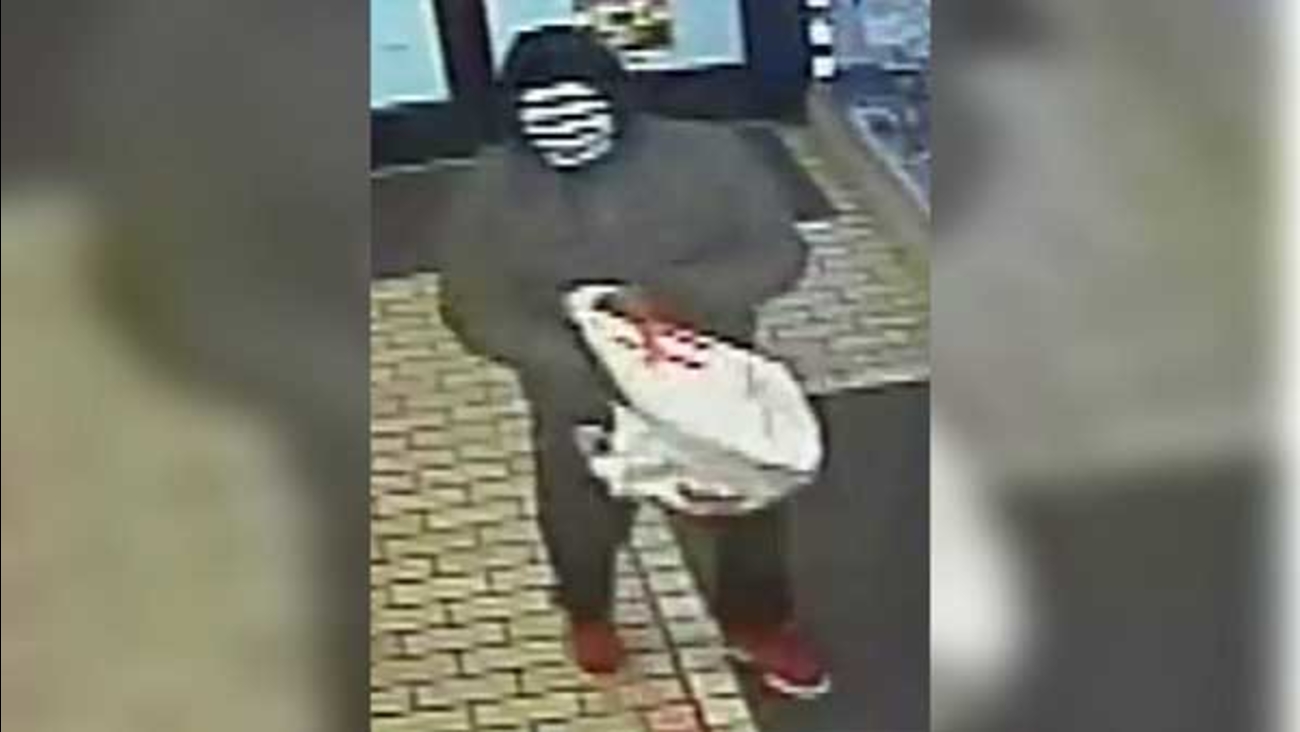 Pictured: One of two masked suspects who robbed Lucky Star Deli at gunpoint on the 7300 block of Elmwood Avenue in Southwest Philadelphia on March 16 shortly after 3 a.m.

SOUTHWEST PHILADELPHIA (WPVI) -- Police are on the hunt for two masked gunmen who robbed a deli in Southwest Philadelphia.

It happened on March 16 inside the Lucky Star Deli on the 7300 block of Elmwood Avenue.

Police say the two suspects entered the deli shortly after 3 a.m., both wearing striped masks and armed with handguns.


One suspect jumped over the counter and forced an employee to empty the cash register while the second suspect held back an employee and customer at gunpoint.

The pair stole $500 in cash and cigarettes before fleeing in an unknown direction.

No injuries were reported during this robbery.

Police describe the first suspect as a black male, 20-years-old with a thin build. He was wearing a striped mask, gray/blue hooded sweatshirt, dark colored pants, white shoes and armed with a handgun.

The second suspect is described as a black male, 20-years-old. He was wearing a striped mask, dark colored puffy coat, dark colored pants, red/black sneakers and and armed with a handgun.

If you see these suspects do not approach them and contact 911 immediately.