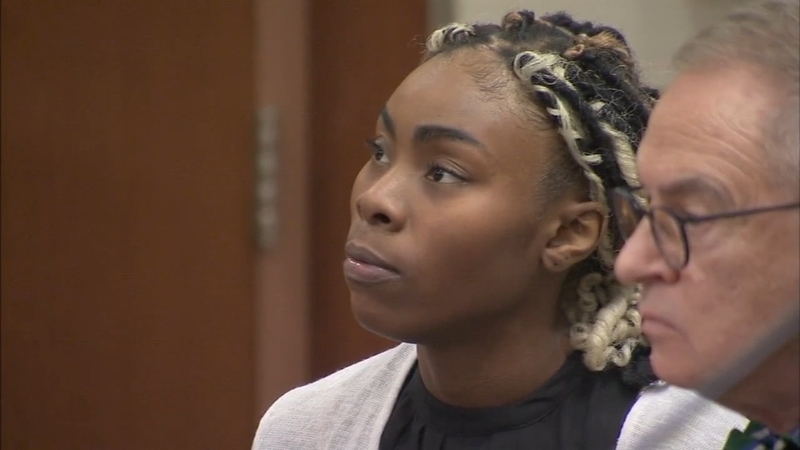 TRENTON (WPVI) -- A Brooklyn mother whose 1-year-old baby was ripped from her arms during a disturbing arrest at the Human Resources Administration building in New York was released from jail after the charges against her were dropped, but that isn't the end of her legal trouble.

Jazmine Headley, 23, appeared in court in Mercer County, New Jersey, on Wednesday to answer a warrant on charges of credit card theft and trafficking in personal identifying information.

A Mercer County judge issued the warrant in July of 2017 after she failed to appear in court for her arraignment.

As a first-time offender, Headley will be enrolled in a pretrial intervention program and will spend 20 hours of community service. She will also have to pay restitution for the credit card fraud charge.

After that, her record will be expunged.

"I'm just happy to be reunited with my son," she said after court.

Meanwhile, the HRA employees involved in the New York incident have been placed on administrative leave.