Arrest made in shooting of Upper Darby store owner 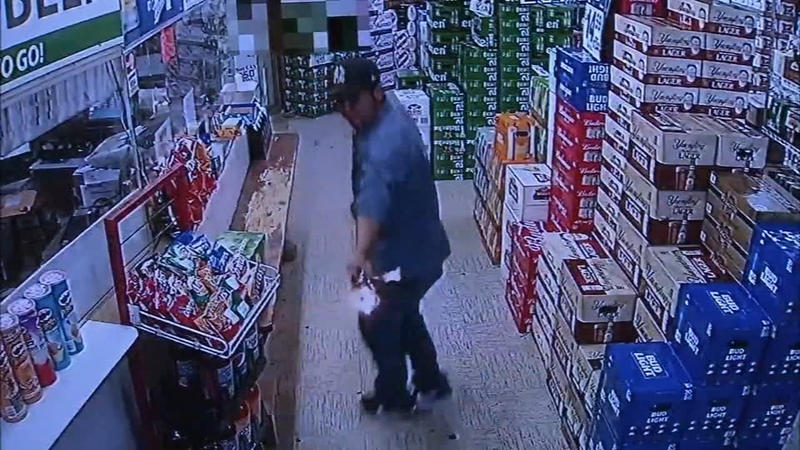 Pablo Quintanilla, 24, was arrested Monday morning and is being charged with attempted murder.

They say he is the one who opened fire inside the store on the 700 block of Garrett Road on Saturday night.

According to police, Quintanilla is in the country illegally. The native of Honduras was deported from Texas in 2015.

At some point, he returned and was in the country illegally living in New York.

Chief Michael Chitwood says the shooting happened after some sort of dispute.

The 57-year-old owner can be seen on surveillance video confronting a young man who had stolen beer from the store earlier in the night.

Superintendent Michael Chitwood explains what happened next as the suspect got ahold of the owner's weapon.

Chitwood says the victim, a Vietnamese immigrant, was simply a hard-working business owner doing his best to protect his livelihood.

"Then some bad guy, some thug who is in here illegally, winds up shooting you and almost killing you," he said.

The victim's son spoke to us but did not want to be identified. He said his father will pull through.

Chitwood says the suspect will likely go through the judicial system here and then the feds will take over to begin deportation proceedings.

Police initially thought this involved two suspects, but they say that's not the case anymore.