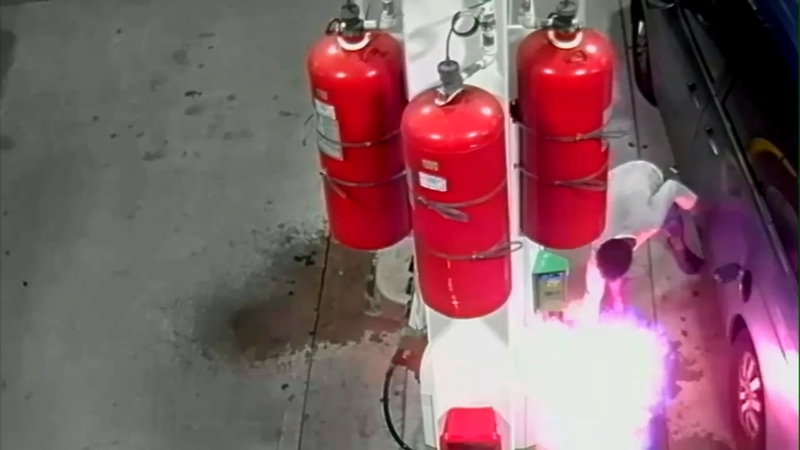 NEW YORK CITY -- Police are searching for a man who set a fire at a New York City gas station, leaving a man seriously injured.

The NYPD says it happened around 1:50 a.m. Monday at the gas pumps in front of a 7-Eleven in Staten Island.

Frightening arson attack. Police looking for this man who tried to set a gas station on fire. Thankfully the flames were put out before the tanks exploded. @ABC7NY Richmond Ave, Staten Island. Bull’s Head neighborhood pic.twitter.com/nOhoOlaiUo

According to police, the suspect filled a portable gas can with gasoline, sprayed gasoline around it and used a lit piece of paper to ignite a fire.

A 21-year-old man who was in the vicinity suffered internal injuries and was taken to the hospital in serious but stable condition.