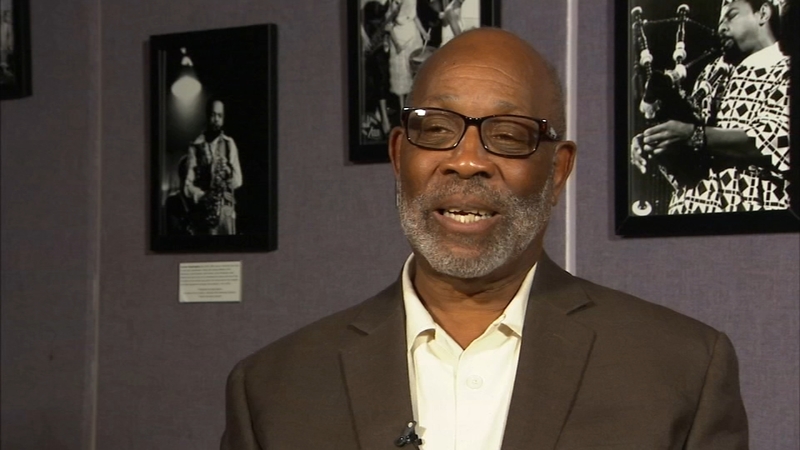 Lott says he wanted to expand programming to all people on the African American experience.

"Definitely wanted to tell some of our people's stories, their life history," says Lott. "But also, the biggest thing was just learning and teaching about the history of African Americans from day one."

Lott says when making documentaries, he is focused on the goal of "changing minds by changing perceptions," which is something he has been doing throughout his life.

"I started working in architecture at 17 and a half when I graduated from high school," says Lott.

He designed mostly Presbyterian and Lutheran churches in white communities in the '60s and '70s. The Good Shepherd Lutheran Church in King of Prussia, Pa. was the first church he designed.

In 1981, Lott left architecture and moved on to music. He says he discovered video a few years earlier and bought one of the first video cameras to hit the market in 1979.

"I met Kenny Gamble," says Lott. "And we started videotaping a lot of the recording artists."

Lott says he wanted to produce music videos on Black artists and when he realized there was nowhere to air them, he launched a TV show. He hosted "The Gavin & Lott Show" with Walt Gavin, a writer Lott met in 1980.

He went on to produce "City Sounds!" with Doug Henderson.

He's featured some of the people he met through music in his more recent documentaries. Lott has talked to Joan Pendergrass, wife of the late Teddy Pendergrass, and Kenny Gamble, half of the famed duo Gamble and Huff, known for developing the Philadelphia soul sound of the 1970s.

Lott is currently working on a historical documentary, which will be told in four parts. It is called "The Journey of the Songhai People: The Real Roots."