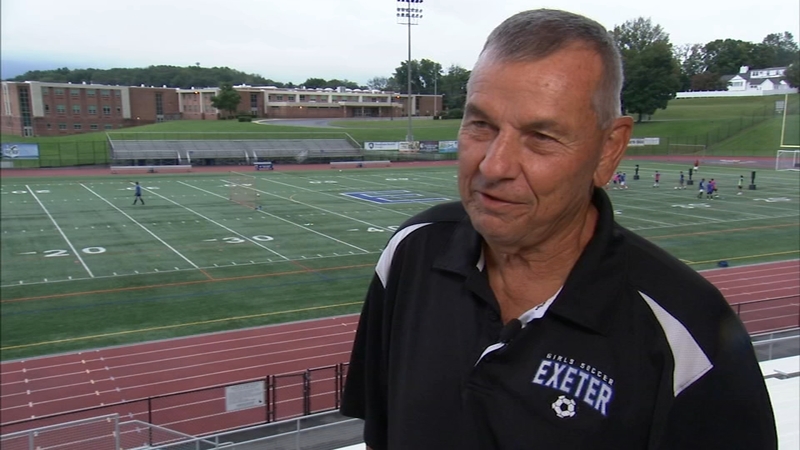 Art of Aging: Turning love of soccer into lifelong passion

READING, Pennsylvania (WPVI) -- Soccer season may be underway at high schools around the region, but a 69-year-old longtime Berks County coach has a family advantage on the field.

For Charlie Messner, soccer has become a family tradition.

Messner started playing soccer in junior high around 1964, going on to play for Reading High School and Penn State.

"So I walked on to the tryouts as a sophomore and I got picked for the team. I earned All American honors as a junior and a senior," he said "I enjoyed playing, it was just a thrill."

This season he's coaching all three of his granddaughters at Exeter Township Senior High School.

Messner says he knew he always wanted to coach soccer

"When I started out helping out when my boys were playing, I did a lot of coaching from under 8's all the way up through under 18's," he said.

Messner also spent 18 years coaching boys soccer at a neighboring high school until 1990. Since then he has remained active with different teams across Berks County.

Messner coached the Exeter girls junior high team while his granddaughters were there, but moved up to coach high school last year.

"I's nice just watching them grow. We were seven and three in the Berks County league," he said.

Messner says he has a few philosophies for his team.

"There's no excuse for lack of hustle and I said it takes no talent to work hard," he said.

Messner's granddaughters say they are glad to call their grandpop coach.

"Well obviously I have a lot of gratitude towards him because he's always been there for us," said Ella Messner.

"He's very inspiring, knowing that he was such a successful soccer player. I just want to do the best that I can," said Ashley Messner.

"He really leaves an impact on all of us. He's on the sidelines cheering for our whole team, not just us," said Marina Messner.

"With the high school team I think I have like 29 granddaughters," Messner said with a laugh.

Messner says he has found a lot of joy watching his granddaughters play and compete over the years.